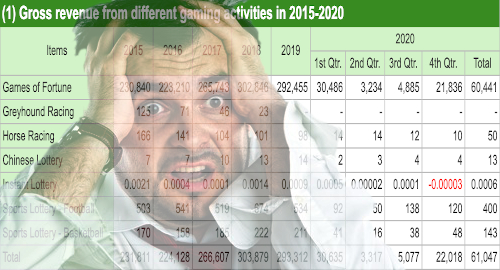 Macau casinos leaned on mass market gamblers to an unprecedented degree in the final quarter of 2020, a shift that is likely to persist following China’s war on ‘cross-border’ gambling.

It’s a far cry from the MOP72.3b the market generated in the same quarter last year but a good sight better than the Q3 2020’s MOP9b. The Q4 sum brings the FY20 total to just over MOP61b, barely one-fifth of 2019’s MOP293.3b, reflecting a year of unprecedented challenges for the world’s largest casino market.

The most notable feature of Q4’s results was mass market baccarat’s contribution of MOP11.85b, a nearly 54% share of the overall, while VIP baccarat contributed just MOP7.6b (34.5%), the first time VIP has slipped below a 40% share. Counting non-baccarat contributions, mass market gambling accounted for a record 65.4% of Macau’s overall revenue.

The VIP baccarat slump was forecast in a Goldman Sachs report issued earlier this week that found gambling turnover in Macau VIP rooms controlled by leading junket operator Suncity Group were operating at just 20% of levels recorded in December 2019.

But Macau’s VIP heyday may never regain its former glories due to China’s recent amendments to its Criminal Law. The new law imposes prison sentences of up to 10 years for individuals or entities who ‘solicit’ mainland residents to travel abroad – which under the law’s definitions includes Macau – for gambling purposes, putting junket operators in a serious bind.

VIP gamblers are also running a major risk if Beijing identifies them as having traveled abroad for gambling purposes, due to the country’s notorious ‘social credit’ scoring system. High-rollers could earn deductions from this score if their gambling activity is detected, which could limit (among other things) their future right to travel abroad for any purpose.