Home / Life / 2021 Box Office Betting Odds: Can the MCU save the theatre industry? 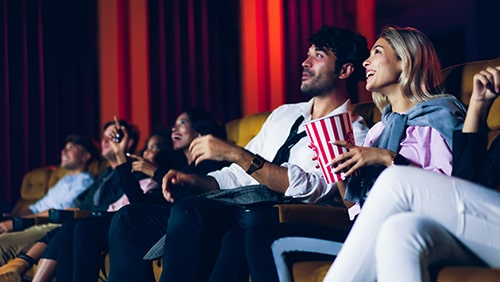 Like with almost everything else, 2020 was a terrible year for the film industry, with the release of most major films being delayed, while others were sent out to dismal results. 2021 could be different, and we have odds on four blockbusters that hope to turn the tide.

The only films to actually do decently well in 2020 were Bad Boys for Life and Sonic the Hedgehog, grossing over $182 million and $163 million domestically in their extended opening weekends, but releasing before Covid lockdowns. After that, it gets pretty dire.

The only other movie that cracked $20 million for the year was Tenet, raking in $28 million over the Labor Day weekend. Every other studio saw the writing on the wall and delayed their blockbusters to 2021, or released them on streaming services, to avoid box office catastrophe.

Bodog has rounded up 4 of those delayed movies to bet on, asking how much you think they’ll bring in on their opening weekends, assuming they aren’t further delayed.

We begin with No Time to Die, the twenty-fifth James Bond Movie. Originally set to release in February 2020, it was originally postponed to April 2020 due to director Danny Boyle leaving the production. It then fell into Covid-hell, with Apple rumored to have inquired if they could purchase it for streaming, and learning they’d have to pay $600 million for the movie to break even. The previous release in the franchise grossed $70.4 million over its opening weekend, making Bodog’s over/under of $25.6 million seem about right.

Next we have the next Disney’s Marvel movie, Black Widow. Originally set for May 1, 2020, this movie is set to quench the first major drought in the MCU franchise, which hasn’t had any new movies since Sony’s Spiderman: Far From Home, which grossed $174 million in it’s opening weekend. Bodog’s over/under of $28.5 million seems a little low, but check vaccination rates and lockdown mentality before betting too hard on this one.

Top Gun: Maverick could have released as early as July, 2019, but was pushed back to June 2020 so fight sequences could be improved. Now releasing in July, 2021, it has the lowest over/under from Bodog at 18.5 million. That could be selling Tom Cruise short, who’s previous blockbuster hit was Mission Impossible: Fallout, making $75 million domestically in its opening weekend. Again, check the news before you bet it too heavy.

Finally, we have the least delayed movie of the group, Denis Villeneuve’s take on Dune. Villeneuve’s previous attempt at a blockbuster, Blade Runner 2049, only brought in $31.5 million in its opening weekend back in normal-times 2017, and that was a career best for the director. Consider that this film is also simultaneously releasing on HBO Max, and the lines makers at Bodog have to be crazy to think this film is going to make more than $69 million in its opening weekend. Bet the under, heavily.

Must Be Released 2 April 2021 For Action

Must Be Released 1 October 2021 For Action