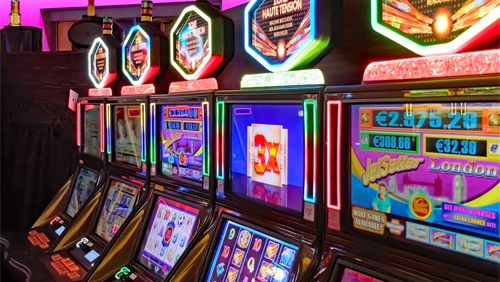 If Sue Glick gets her way, veterans groups in Indiana will be able to find much-needed funding to overcome losses caused by COVID-19.  The Senator has introduced a bill that would allow organizations like the American Legion and the Veterans of Foreign Wars to install video gaming terminals (VGT) in their establishments as a way to generate income, but the machines would still be off-limits for use elsewhere, such as in restaurants and bars. A separate effort might try to get the VGTs brought to those establishments, as well.

Glick’s Senate Bill 267 (SB 267) wants to change the language in Indiana’s gambling laws so that “congressionally chartered veterans’ service organizations” are legally authorized to allow VGTs. The American Legion, which is headquartered in Indianapolis, Indiana, and the Veterans of Foreign Wars are just two of the organizations serving military veterans that were forced to cut back on their activity last year as the coronavirus pandemic continued to spread. The Senator believes the machines would be a viable alternative for the groups to recover, while not having to rely on handouts to survive.

Should SB 267 be approved, any eligible organization, described in the bill as any group identified by the U.S. Department of Veterans Affairs or which is federally chartered by Congress, would have to pay $150 for an application fee to operate the VGTs. Those approvals would then have to be renewed every three years to remain valid and each organization would only be allowed a maximum of five terminals. VGT manufacturers and distributors would also have to pony up some money, paying a $25,000 upfront fee that would need to be renewed each year for $10,000.

There would be no tax on the gaming revenue earned by the vet groups; instead, they would work out profit-sharing agreements with the manufacturer or distributor. Gamblers wouldn’t be allowed to wager more than $2 each time and the maximum win on a single spin would be capped at $599. All activity, including licensing, operations and use, would be overseen by the Indiana Gaming Commission.

Indiana’s restaurant and bar owners would like to be able to take advantage of the plan, as well, but are facing a more challenging situation. The Indiana Licensed Beverage Association (ILBA) asserts that the industry is in a freefall because of COVID-19 and that the VGTs would provide needed relief. However, this would be a much more difficult task for lawmakers, given the influence the casino industry has in Indiana.

The president of the ILBA, Brad Klopfenstein, told Inside Indiana Business recently that the machines could mean as much as $100,000 for some businesses and added, “State and county budgets are probably going to come in less than they were. And there’s a lot of people out there going to the legislature with their hands out. There are very few people like us that are coming in and saying, ‘Hey, we have money that’s on the table.’” Should the idea gain support, Klopfenstein believes the VGTs should only be allowed in counties where there are no land-based casinos, which isn’t going to sit well with a large number of restaurant and bar operators.