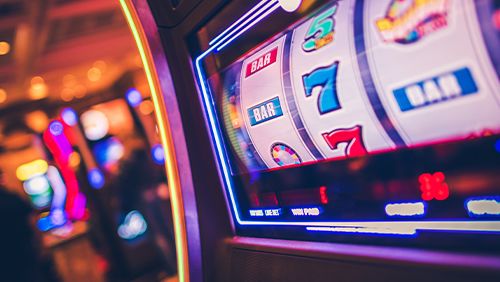 Spin-crease into Higher Symbols with Fort of Fortune

The 3 by 5 reel slot includes Tumbling Reels, as well as Double, Triple, and, introducing, Quadruple Split Symbols, which increases the possibility of more symbols on a standard payline.

Innovative game development studio Evoplay Entertainment has unveiled an epic new 3D slot, Treasure Mania. The provider’s latest release takes players on a thrilling underground exploration centred around Warf the dwarf. Players can guide the hardworking miner on his enthralling adventure through the cavernous Badlands of the West to unearth the captivating slot’s buried treasure.

Help Warf collect bags of gold, coins, jewellery, stones and tools and get him a ticket for the Wild Trains feature to boost winnings by up to x700. Players must be on their guard as Roblin, a jealous and greedy goblin, is out to steal the hard-earned treasure from the game’s likeable hero. Treasure Mania is packed with exciting features and mystery symbols. Find the Bonus Dwarf and Goblin on the same spin to uncover the Bonus Mine.

Players will find two doors in the depths of the mine, where their task will be to choose the right door to ensure the Bonus game continues. Reach the tenth room and the goblin will be waiting with treasure worth x500!

Slot players at Mohegan Sun will be howling with excitement when the property hosts the world premiere event of Aristocrat Technologies, Inc.’s new Timber Wolf Diamond™ slot game on January 28, 2021 at 1:00 PM.

Timber Wolf Diamond is an all-new version of the player-favorite Timber Wolf™ from Aristocrat Gaming™, and it is also the latest evolution of one of the industry’s top performing games, Buffalo Diamond™.

The characters and symbols players love from Timber Wolf are all here, along with an incredible lineup of new features. Timber Wolf Diamond offers players an astounding 2,400 ways to win, along with four fun levels of Cumulative Free Games with a 2x to 4x multiplier. This, combined with Timber Wolf’s classic 3x and 5x wild re-spin feature, means Timber Wolf Diamond creates new boundaries of surprises and excitement.

Slots from Dreamtech Gaming are now live on Videoslots, as the operator continues its on-going push to have the most comprehensive catalogue in the industry. The impressive line-up of almost 5,000 games available to players will now feature Dreamtech’s growing offering, which includes popular titles such as Legendary Tales, Book of Tao and Blood Wolf.

The studio, which holds UK and Malta licences, has established a strong presence in the Asian market since it was founded in 2016, but it is now realising its ambitions further afield thanks to its versatile casino content with unique game mechanics.

Players using the online casino and sportsbook can now enjoy the supplier’s full slot catalogue, including recent hits such as Cowboys Gold and Christmas Carol Megaways™, as well as the multi-award-winning classic, Wolf Gold.

Pragmatic Play’s latest commercial agreement caps a successful period for the studio, which has gone from strength to strength after signing a string of high-profile commercial deals with a range of leading operators.