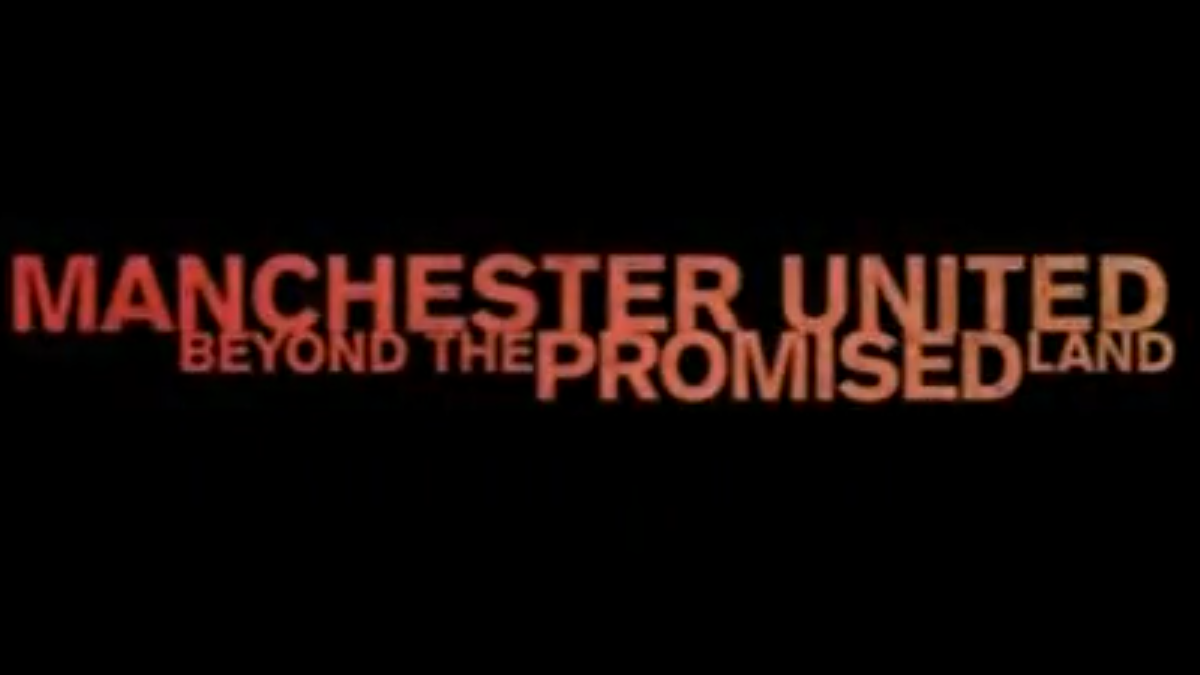 Some sports are born for the television. In football, that applies to clubs too. But when should the light be shone on a football team? In their darkest hour, such as the Netflix documentary Sunderland Til I Die, or in their moment of glory, like the Amazon Prime series Manchester City: All or Nothing?

In the 2000 documentary, Manchester United: Beyond the Promised Land, the cameras go behind the scenes at Old Trafford, Carrington and even the plains of Brazil as the world’s biggest football club at the time moves into a new future having just won a prize – or rather three prizes – that have not been gathered in the same season before or since by an English side.

In the 1998/99 season, Manchester United won the English Premier League, F.A. Cup and UEFA Champions League. Not only has no other team done exactly that in football history, no-one has come close. In that respect, this documentary which follows the action in the following season of 1999/2000, everything was set up for United to fail. Any team would find it virtually impossible to achieve the same level of success, but United lost one of their key players in the months between that treble victory and kicking off the new season – Peter Schmeichel.

With pressures of the FIFA Club World Cup added into the mix, it was a season unlike any other, with United failing to take place in the F.A. Cup for that reason. That caused a deal of controversy at the time, but the documentary frustratingly swerves the debate for completion of including the footage of United in Brazil. While the Red Devils would eventually miss out on the latter stages, losing to Vasco da Gama to crash out at the group stage, the hullabaloo about United pulling out of the F.A. Cup as arguably a storm they didn’t need and it affected the rest of the season.

As it happened, F.A. Cup and Club World Cup aside, it was a very successful one for the Old Trafford outfit, with the Premier League title sealed early and an eventual gap of 18 points between United and second-placed Arsenal being one of the widest in Premier League history. United lost just once between October 24th and the final day (3-0 at former rivals Newcastle), and won their last 11 games in succession, one of the longest winning streaks to close out a title that any side anywhere has put together. In nine of those games, they scored three or more goals, and totalled 97 in the league by season end. United gained 91 points and won the title in April to rub salt in their rivals’ wounds.

While the facts of the 1999/2000 season paint a picture of glory, some of the biggest enjoyment in the series is to be found in the supporters trying to explain how it came about. From season ticket holders in Blighty to pub goers in New York, all human life is laid bare in the form of United supporters. Despite all the success, some go through it nervous as hell, others riding each wave with a smile and a song.

You can buy Manchester United: Beyond the Promised Land right here.