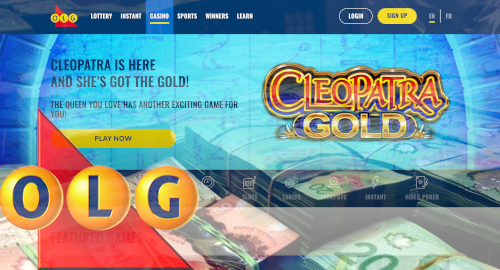 Online gambling revenue in Canada’s largest province posted decent growth in its most recent fiscal year but just can’t seem to close the gap with its two main provincial rivals.

The Ontario Lottery & Gaming Corporation (OLG) provincial gambling monopoly is now some three months’ overdue in releasing its 2019-20 annual report, which is surprising, considering most of the operations OLG oversees were shut down for a good portion of 2020 due to the pandemic. So you figure they’d have more time to spend on their paperwork.

That said, OLG did quietly release its consolidated financial statement for the 12 months ending March 31, 2020. While this statement doesn’t provide a lot of specifics in terms of gaming verticals, it does reveal that digital revenue generated by the PlayOLG online gambling site totaled C$139m, although this was reduced to C$124m (US$97.1m) after deducting online lottery prizes.

OLG reported digital revenue of C$92m in 2018-19, although accounting changes after that report was released – specifically, shifting online lottery sales from the ‘lottery’ column to ‘digital’ – mean that year’s digital revenue has been revised to C$102m in the 2019-20 financial statement. So, on an apples-to-apples basis, PlayOLG’s 2019-20 revenue represents a year-on-year improvement of 21.5%.

That’s a decent enough gain and puts PlayOLG not far back of Espace-jeux, the online gambling site of the Loto-Quebec provincial monopoly, which reported revenue of C$135.9m in its 2019-20 report. PlayOLG’s inability to catch Espace-jeux remains something of a headscratcher, given that Ontario has a population of 14.8m residents versus Quebec’s 8.6m.

And Ontario has an even longer way to go to catch those left-coast tree-huggers at the British Columbia Lottery Corporation, who reported a record C$179m in revenue from PlayNow.com – Canada’s original government-run site, for what it’s worth – in a province with only slightly more than 5m residents.

It remains to be seen whether Ontario will be able to match either of its major rivals before the province opens up its online market to private operators. While the launch of an openly competitive market is likely still years away – and questions remain regarding Ontario’s regulatory structure for this hybrid public-private regime – the addition of local rivals will reduce PlayOLG’s ability to run with the big(ger) boys.