Home / Life / The good, the bad and the ugly of personal RFID chip implants 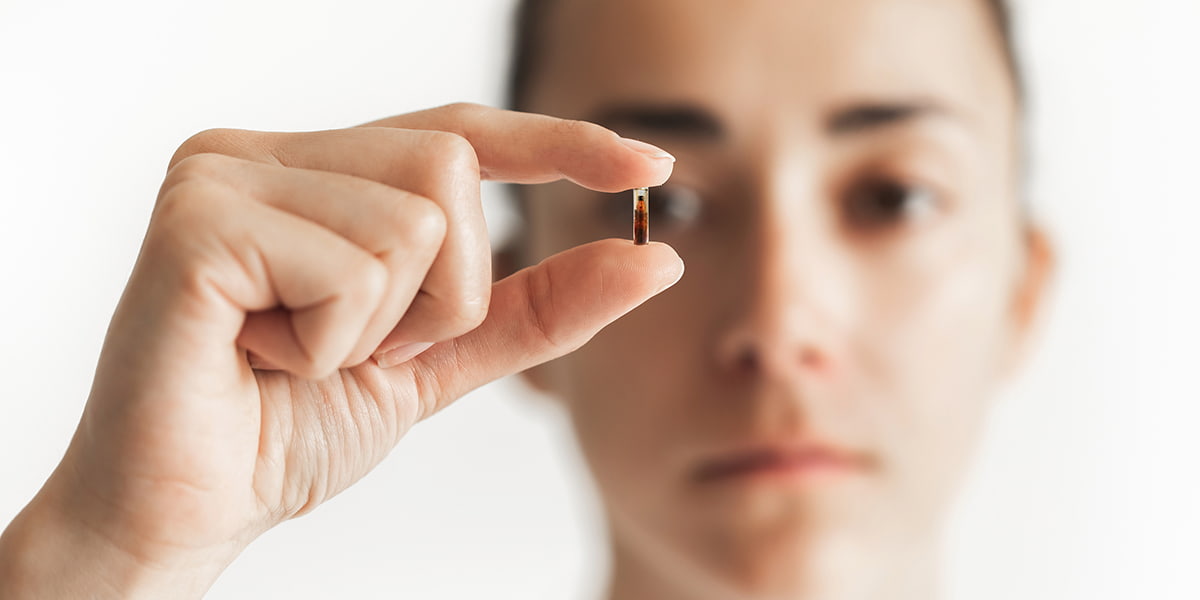 There has been a lot of talk over the past couple of decades about the use of RFID (radio frequency ID) chips in humans. The chips have already found a lot of support in the use of tracking our four-legged pets – dogs and cats are regularly injected with a chip about the size of a grain of rice so they can be easily reunited with their families if lost. However, whether they should be implanted in humans raises a myriad of questions and, like any topic, has caused a great divide on their merits, as well as more than a few conspiracy theories. Still, there are pros and cons to the use of the chips, depending on how you view them.

The first human to receive an RFID chip “for fun” was Kevin Warwick, a British scientist who volunteered to have one of the micro devices implanted under his skin 22 years ago. As a result, he was able to control doors, computers and more at the University of Reading’s Department of Cybernetics without having to induce manual labor, with the devices responding to the signal emanating from the chip. Not much more activity was seen for years following his initial experiment, but the chips can now be found everywhere. Sweden has become a hotspot for their use, with over 4,000 Swedes now able to control doors with nothing more than a swipe of the hand through the air.

Being able to mimic Neo from The Matrix seemingly controlling objects with the mind isn’t the only benefit of RFID chips. They can be configured to perform a number of different functions, including serving as a wallet. RFID technology is already used in most credit and debit cards today, but having an RFID implant is more secure and makes a wallet virtually impossible to steal.

Everyone has to carry around a physical ID on them almost everywhere they go. An RFID chip could, in theory, eliminate that obligation. A scan of the chip’s memory, configured with the right personal data, would save time and hassle. In addition, medical histories (provided storage capacities are increased) could be stored in the chip, as well, and linked to your ID, making it possible to receive proper care in any medical emergency. While Warwick was the first to explore the use of an embedded RFID chip to control devices, William Koretsky, in 2006, was the first to have been saved following a car accident when doctors were able to read his embedded chip and access his identity and medical history.

As with any new invention, RFID chips are not without their opponents. There are those who believe the devices could be used to allow governments to track our every move or for providers of the technology to sell our personal data to third parties. However, the functional distance of the chip’s signal is extremely limited, making it impossible to track on a large scale. Besides, if governments want to track us, they can always use our cell phones, which can easily talk to satellites. As far as selling, or even giving away, our personal data, this can be controlled, to a certain degree, by laws and regulations and would be no different than what is already being done in the consumer world (ever search for a product on the Amazon app and have similar products suddenly begin to appear on Google?).

There has been talk that governments could “force” chip implants on humans, but these rumors have all been confirmed as nothing more than conspiracy talk. There are also concerns about biohazards – toxicity of the devices or leakage. With everything else people already put into their bodies on a daily basis, this seems to be a moot point. In addition, there have not, after 25 years, been any published cases of an embedded chip causing health issues. On the other hand, many prescription medicines come with health disclaimers that include endless lists of side effects that range from renal disfunction to aneurysms, yet, millions of people aren’t concerned about these issues.

Being implanted with an RFID chip comes down to personal preference and whether the individual feels comfortable enough with the technology to embrace it. There’s a good chance that, within a few years, they will be as common as back-pocket cell phones but, for now, they’re still a novelty.