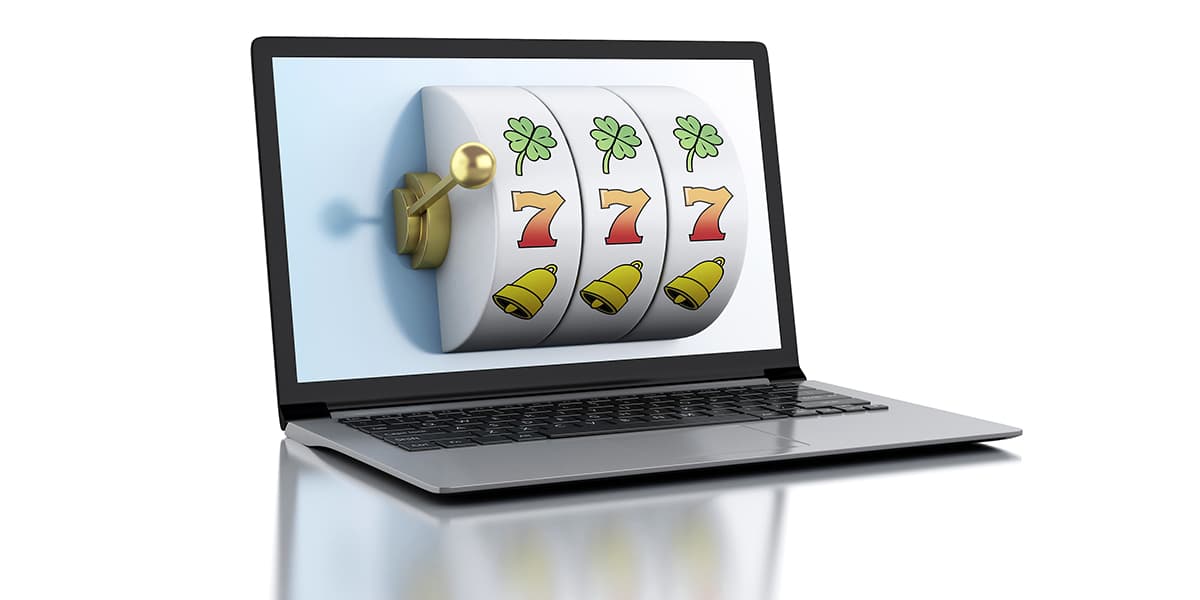 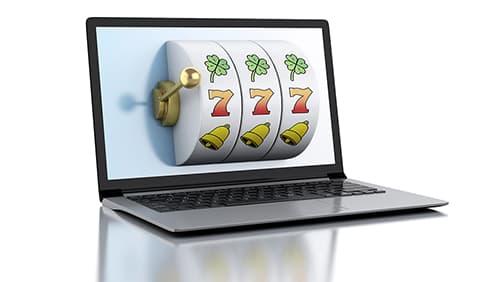 The world’s most feared pirate is taking over Parrot Bay, the new video slot from Red Rake Gaming

In this video slot, players can join the most feared pirate and his crew to find the world’s most valuable treasures in an exciting cannon minigame and a free spins feature with special symbols and multipliers.

The cannon minigame is launched by accumulating cannon symbols in the progress bar, obtained from every non-winning spin. Once you manage to enter, the reels will turn into cannons to unleash a battle that will reward players with wins. The minigame begins with 6 shots and 15 squares to reveal. One of the cannons will shoot and destroy one of the squares, revealing an anchor, a spyglass or a wheel symbol. The player can achieve one or more wins by obtaining several of the same symbols, according to the win table displayed in the minigame.

In each spin during the regular feature, the winning symbols will disappear and trigger a respin. The symbols above the spaces will move down, then the new spaces will be filled with other symbols. The wins obtained in this way will be added to the total win value. This process will be repeated until there are no more wins.

All of these features are combined with a thrilling soundtrack to make this video slot an exciting game full of action, where players will feel like real pirates in search of lost treasure.

Chance Machine 5 is filled with diamonds and stars to decorate and add to the pristine holiday spirit. This slot will definitely brighten up the Jingle Bells’ season for all your players around the globe.

Endorphina’s Chance Machine 5 is a 5-reel, 3-row online game that has 5 fixed paylines. The Crown acts like a Wild symbol and substitutes for all symbols, except for Scatter. It appears on reels 2,3 and 4 and expands vertically to complete the combination. Similar to other Endorphina slots, Chance Machine 20 has a sparkling gamble feature – a classic Risk Game. It allows play-er to double his win up to 10 times.

This fresh title is a captivating slot game that has a maximum of 60 independent reels. Every symbol is Scattered and pays at any position on the screen. Quick Cash Fruits is bursting with futuristic animations which are brought to life by a synth-inspired soundtrack.

Quick Cash Fruits captures the imagination as the classic lines have been replaced with 15 reels, where all symbols are Scatters. Players can add to their winnings from the fewest required symbols at any position to ensure excitement on every spin.

Each Quick Cash Fruits symbol uncovered on the reels activates a neon frame, which sticks on the reels until the cycle finishes. All neon frames stuck on the reels transform into four separate reels to provide players with the opportunity to multiply into 60 independent reels. Quick Cash Spin automatically begins for no cost.

The Free Spins Bonus adds another layer to the game. Landing three or more Bonus symbols awards players with 10 Free Spins to boost winning probability. At the start of the Free Spins Bonus one symbol is randomly chosen as a Sticky Bonus Symbol – this means it is fixed on the reels during the bonus feature.

After that the special spin with only split symbols is initiated. The Split symbol will divide the reel that is landed into four independent reels, where the maximum is 60 independent reels that can deliver a win of up to x50000.

The new 6×4 slot is set in a dungeon protected by a fiery red dragon and features Viking warriors on a mission to chase big wins.

The LuckyLoops feature sees players trying to accumulate special dragon egg symbols on every spin. On every tenth spin, a number of special symbols expand to cover the reels, triggering even more winning combinations.

The Free Spins game is unlocked when three Dragons Eyes symbols land in a single spin. Once in the red dragon’s lair, sticky wild multipliers increase by one with every spin, making for really big potential wins and extra excitement.

Alongside this action-packed feature set, Firedrake’s Fortune comes with Kalmaba’s signature HyperBonus feature which allows players to shortcut to the bonus rounds, and HyperBet, which lets players adjust the value of the Firedrake Multipliers in the reels to increase their chance of landing exciting wins.

The new release is exclusively distributed on the ORYX Gaming platform.

Pragmatic Play, a leading content provider to the gaming industry, has released a limited edition of their exclusive product, Bingo Blast. The new winter variation is called Snowball Blast and it brings forth the same exciting features as the original Bingo Blast product, but with bigger guaranteed prizes for the season and holidays.

The game includes the same high-quality, engaging visuals, featuring a snowy winter theme. In this variation, players are welcomed with a friendly snowman who is ready to get a bit naughty and blast some snowballs through the air.

Snowball Blast has the exact same gameplay as the first edition of the product, keeping the familiarity to those players who have already shown their love of the unique variant. Both variants play 3-4 times faster than the average 90-ball bingo game, without sacrificing the exhilarating experience of the classic gameplay. The games are designed with the on-the-go mobile play in mind, being easy to follow and fit for any device.

Evoplay Entertainment saddles up for a showdown in Wild Bullets

Supplier sets off on a desert adventure with trusty compadres

Evoplay Entertainment has released an enthralling new slot title to get the excitement going during the holiday season, Wild Bullets.

Straight out of a Wild Western, the game invites gun-slinging gamblers to an all-action extravaganza featuring train robberies, cowboys, saddlebags stuffed with gold and the chance for players to win up to x3800 in a Stetson-studded shoot-out.

Following a sneaky Sherriff’s secret mission to catch a Bandit and his henchmen on the run from the law, bettors standing by for a showdown could claim multipliers of up to x2, and x6 in the Gunfight Bonus game. The biggest prize waits for players in the Free Spins game, where total winnings can be multiplied by up to x60 – with a real saddlebag of gold lying in wait.

As the most recent addition to Evoplay Entertainment’s award-winning portfolio of more than 100 slots, table and instant games, Wild Bullets joins a high-tech catalogue tailor-made for the new generation of player.

An out of this world slot by Endorphina – Diamond Chance!

Endorphina has just released its newest Diamond Chance slot – bringing and gifting something completely out of this world into the screen for all players to experience for themselves.

We already know that the the largest diamonds are found on our planet Earth. But here’s our lit-tle secret… A secret that hasn’t been written about in history books. The most unique diamonds are in outer space and is as big as Earth itself. This Christmas, Endorphina brings this very di-amond from outer space to all players.

Diamond Chance is a 5-reel 3-row slot game with 10 paylines. All prizes are for combinations of a kind. The Emerald Dollar Sign acts as a wild symbol. It substitutes for all symbols and ex-pands over adjacent positions. The classic risk game is also available.

iSoftBet, the award-winning online games supplier and content aggregator, has released its latest roarsome title, Raging Dragons, to exclusive partners for a two-week period before the game is launched across its wider network.

The 5×3, 243 payline video slot transports players to a mystical world with an oriental feel where Dragons rule the reels.

Within the base gameplay players must try and secure Wild Multipliers that can land on reels 2, 3 or 4 and lead to a multiplier of up to 3x. On any spin, a Fortune Spin can be triggered, where a lucky red envelope will be opened and reveal a prize of either 8x, 88x, 888x, or 8,888x a player’s stake.

Three or more Bonus Scatter symbols trigger the Free Spins mode, where bettors are confronted with a choice of five different options, and where they must pick higher multipliers with fewer spins, or a Mystery Choice.

During Free Spins mode, Wilds are possible on all reels and always contain a multiplier. Each win can be multiplied by up to 30x, leading to epic wins.

Booongo prepares for Egyptian Adventure in Eye of Gold

Global content developer Booongo has released its newest hit slot, Eye of Gold, where players can win big in this Egyptian adventure ahead of the festive period.

The 6×4 slot is set in the sunny lands of Egypt as players encounter a mysterious temple that houses an exotic princess. With 25 paylines and reels filled with ancient Egyptian symbols and pharaohs, players will be eagerly looking out for Mystery Wilds on the screen, which turns all matching symbols into Wilds, leading to staggering wins.

To trigger the Bonus Feature, players need to unearth one Scatter symbol and one or more Mystery Wilds. This will grant ten Free Spins, with every spin granting a Mystery Wild, which can lead to players discovering great riches.

Eye of Gold is the latest Egyptian adventure from Booongo, joining Scarab Temple and the Sun of Egypt series as it looks to capitalise on the popular theme.

High 5 Games returns to the classic Kingdom of Gold to discover Mystic Ways!

Way Out Ways is back in H5G’s new slot game, Kingdom of Gold: Mystic Ways. With 729 and 1,000,000 Ways to Wins, layers can visit the temple of temptation and enter the ever-evolving board to find the immense treasure. With the return of Way Out Ways, the feature that builds the possibility of getting more symbols on a standard reel, players can land a chance to win up to 1,000,000 ways when they expand their reels from four to ten.