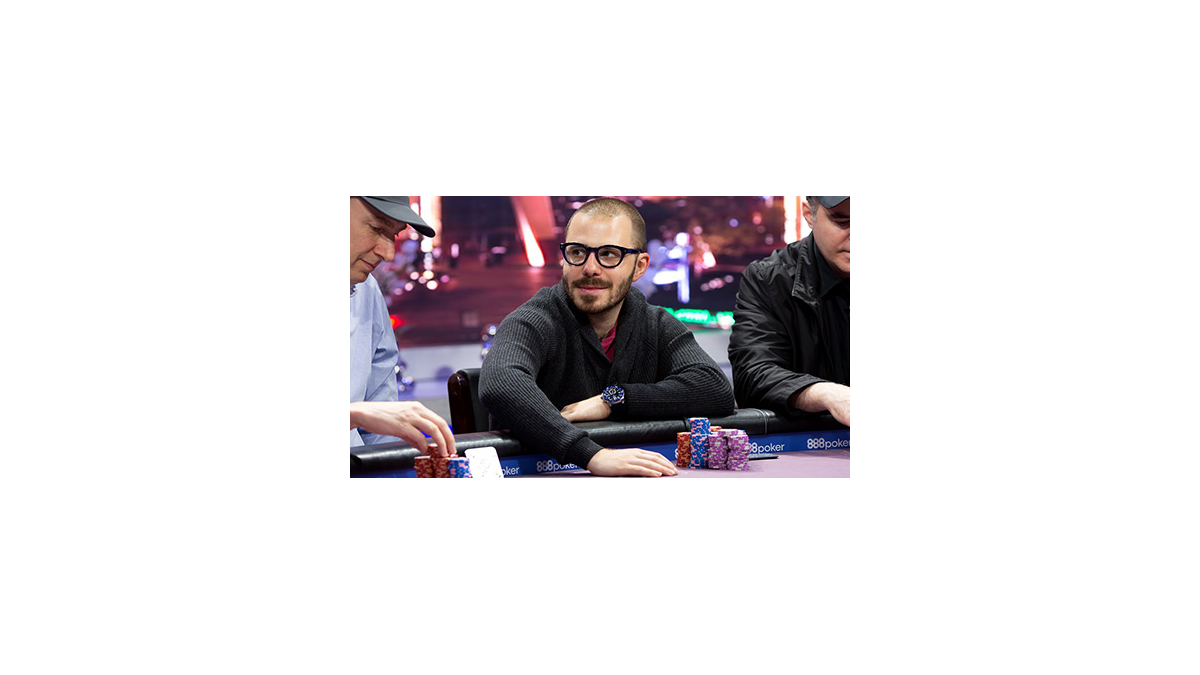 Think of famous poker players and perhaps Dan Smith wouldn’t be the first name on anybody’s lips. It’s easy for a certain generation to picture Texas Dolly, a.k.a. Doyle Brunson when they think of a poker player. For the next generation, it might be Daniel Negreanu or Phil Ivey. But for modern fans, one of the first names that will arise thereafter might be Dan Smith. It certainly should be.

Truly an everyman in poker terms, the best player never to win a WSOP bracelet has flown under the bracelet for years but sits in fifth place on the all-time money list for tournament players, has won $36.7 million and is a genuine poker idol.

Who is Dan Smith, though, and which game was he very nearly a professional instead of poker? Let’s step into the time machine and get up to 88 mph to find out.

Dan Smith began life in New Jersey but was headed for college as a kid to study another game entirely – chess. A young protégé at the game, Smith managed to win a chess scholarship, but during his studies, found a love for poker instead.

Quitting college, Smith played online poker throughout his late teens but would wait until he was 19 years old to grab his first live cash on the Heartland Poker Tour – the outright win in the $1,500-entry event, taking home a massive $101,960 that was to prove quite the bankroll. Cashing again on the EPT, in a €2,000 side event, Smith might have been expected to play a lot more live, but he didn’t cash again for 18 months. When he returned to making returns on his entries on the live circuit, however, it would be a major breakthrough… Down Under.

Breaking Through in Oz

The victories piled up that year for Smith as he went from a respected ‘reg’ to a crusher with a golden reputation. Winning over a quarter of a million euros in Monte Carlo on the European Poker Tour, Smith then returned to the EPT to win the Super high Roller event in Barcelona to take home just under a million.

The legend that was ‘Cowboy Dan’ or ‘King Dan’ had well and truly arrived.

The winning simply has never stopped since then. Cowboy Dan shot down more opponents than seemed feasible over a glorious period of concentrated success and consistently stellar play, something he’s been happy to look back on since doing so with his appearance on the Run It Back with Remko show a couple of months ago for example, where he looked back on the $100,000 Poker Masters final table featuring Stephen Chidwick, Christoph Vogelsang, David Peters, fellow poker idol Bryn Kenney and Koray Aldemir.

With outright victories in events such as the World Poker Tour Five Diamond Classic for $1.1 million and the Las Vegas Super High Roller for $2 million, some of Smith’s other amazing results were close calls, with a $3 million result in the $111,111-entry One Drop event in 2016.

Dan Smith isn’t just a very successful poker player. After becoming a multi-millionaire, the cowboy couldn’t help but give back from 2014 when he began raising money for effective charities by asking players to match monetary donations. These ‘Double Up Drives’ gave him the perfect name for the charity and to date, the Double-Up Drive has donated over $16 million to charity – a phenomenal achievement.

With the help and support of other big name professionals in poker such as Stephen Chidwick and Matt Ashton, Smith’s charity work alone should see him enter the Poker Hall of Fame, with his entry not permitted until he is 40. Therein lies the rub, but perhaps also the greatest reveal in the current story of Dan Smith – the phenomenon is still just 31 years old, easily the youngest member of the all-time money list top five.