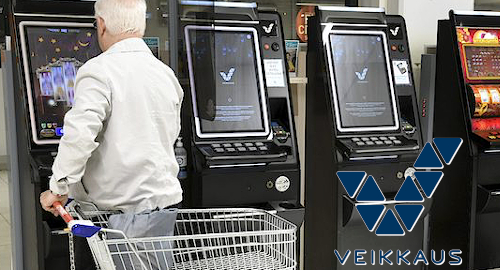 Finland’s Veikkaus gambling monopoly will lay off up to 800 staff in January while the country is being shamed as the only remaining European Union country clinging to a state-run monopoly model.

On Thursday, Veikkaus announced that the ‘cooperation negotiations’ it launched with its retail staff earlier this month had concluded with plans to begin laying off up to 800 betting employees starting early in the new year. The layoffs are slated to last no longer 90 days, provided Finland can regain some control over its COVID-19 infection rate.

Veikkaus director of channels and sales Jari Heino said the layoffs would target staff “for whom we cannot reasonably arrange other suitable work or training.” Heino said Veikkaus would utilize paid leave to reduce the number of redundancies.

The layoffs will mirror the pandemic’s spread across Finland’s 20 hospital districts. Once a district signals that infections are under control, Veikkaus will reopen its local branded arcades and its decentralized slots network – restaurants, service stations, other retail stores – and staff in those districts will return to work.

Veikkaus shut most of its land-based operations in November, with the exception of the Lapland, Eastern Savo and North Savo districts. Veikkaus said this week that it would relaunch its 135 decentralized slots in the Kainuu district on Wednesday after that district’s COVID rate “returned to baseline.”

FINLAND URGED TO GET WITH THE GAMBLING TIMES
This week, the Finnish Institute for Health and Welfare (THL) released its latest gambling market report, which noted a nearly six-point decline in Finns’ support for maintaining the Veikkaus monopoly. The decline followed a couple years of PR gaffes and regulatory compliance failures by Veikkaus.

Haijer notes that Nordic countries such as Denmark and Sweden replaced their monopolies with competitive online models that resulted in more consumer choice and higher revenue for the state as locals chose to wager with locally licensed sites.

Studies have shown Finns’ growing interest in gambling with internationally licensed sites, drawn by better odds and a wider product selection than they can get from Veikkaus. This deprives Finland’s government of tax revenue, while reducing its ability to monitor its citizens’ activity for signs of problem gambling.

Finland routinely ranks high in per-capita gambling spending surveys, and Haijer notes that the country has a problem gambling rate of around 3%. That’s one-tenth the rate of Spain, which has an open licensing model and a much larger population.

Haijer urged Finland to follow the lead of Denmark and Sweden, which opened their online market to private operators while retaining their land-based monopolies. Haijer said it was high time Finland “adapted to the realities of our times.”