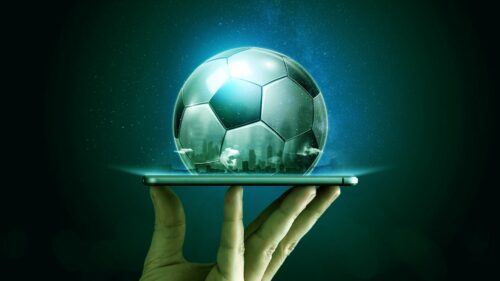 When Virginia decided to launch legal sports gambling in the state, the response was overwhelming. 25 applications were received for a field of only 12 licenses, but some of those applicants may have jumped the gun. As the Virginia Lottery, the entity tasked with laying out the rules and regulations for the new market, unveils its guidance, some of its expectations are causing sportsbooks to cry foul. The reaction probably won’t be enough to stop the clock, but it could cause Virginia’s sports gambling market to lose a few yards.

Virginia wants sports gambling operators to pay 15% in taxes – a high amount, but not a show-stopper. However, what is apparently making things difficult for sportsbooks to figure out how to operate is a requirement that they offer game spreads in real-time. The Virginia Lottery decided that this was a requirement so that gamblers could make the best decisions, and it comes with a caveat that the sportsbooks show – with each line – an explanation of how they reached that conclusion. They also have to be able to show the current handle and the exact payout. Anyone who has been around sports gambling for even five minutes knows that these are not just impractical requests – they’re impossible.

Still, in order to appease regulators, sportsbooks have tried to make it work. They tried, and failed. FanDuel, with all of its financial and technical backing, couldn’t figure out a viable solution when it ran a test program in October that used only 24 bets on a single NBA Playoff game. Extend that to hundreds, if not thousands, of events being played simultaneously around the world, and the only thing that emerges is a nightmare.

FanDuel gave it a shot and then reported its findings back to the Virginia Lottery. The operator laid it all out, explaining, “Sports betting apps are simply not built to provide and display this type of information. This requirement would force a re-engineering of the products, to create a demonstrably worse user experience. The actual odds [of a game] and by how many points [is always an] unknown.”

The Lottery also wants to put the burden of gambler self-exclusion squarely on the shoulders of the operators. In other states, the regulating body has taken control of self-exclusion lists, requiring that operators update their lists weekly. However, Virginia doesn’t want to get involved in that aspect, putting the onus on the sportsbooks. The operators would, upon receiving an exclusion request, seize any winnings belonging to the individual, which could work against the sportsbooks. A gambler could, for example, place a futures bet on a team to win the NBA championship and, upon seeing the team be eliminated early, self-exclude in order to get a refund on the bet.

There are obviously still some details that need to be worked out if Virginia plans on having a lot of success with its sports gambling market. Hopefully, those who are making the decisions can listen to those who actually know the industry and take guidance from them to create a mutually-equitable industry.