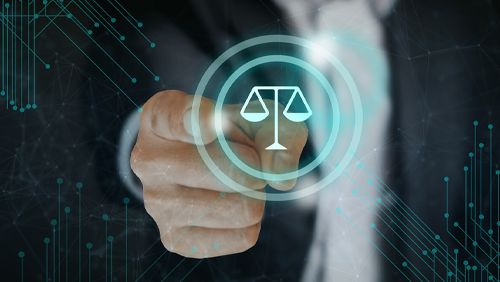 Language proposed by the European Commission (EC) to be included in the Digital Services Act (DSA) has found support from the largest gaming coalition in the European Union (EU). The European Gaming and Betting Association (EGBA) has reviewed the recommendations outlined in the framework and has concluded that they are going to provide necessary enhancements to protect businesses and consumers. While the DSA doesn’t directly target the iGaming sector, its protocols will still be beneficial to ensuring a cohesive maturation of the space.

The DSA has been in the works for some time and was created to support the EU’s Digital Markets Act (DMA). The latter is legislation that will regulate large digital platforms in an attempt to foster a “fair and competitive” environment for all of the markets as the EU continues to look for ways to operate as more of a singular body. The outline for the DSA includes, among other things, the implementation of cross-border identification solutions, which will be crucial for the union’s iGaming industry.

According to Margrethe Vestager, Executive Vice President of the European Commission, “The two proposals serve one purpose: to make sure that we, as users, have access to a wide choice of safe products and services online. And that businesses operating in Europe can freely and fairly compete online just as they do offline. This is one world. We should be able to do our shopping in a safe manner and trust the news we read. Because what is illegal offline is equally illegal online.”

The proposals will now make their way to the European Parliament and the European Council. These two bodies will need to review the recommendations and make any suggested changes, after which, collectively, they will need to sign off on the legislation. The DSA’s language regarding how social media companies and others are held liable for content, as well as online advertising controls, should also prove beneficial to the iGaming ecosystem.

Adds EGBA Secretary General Maarten Haijer, “We welcome the Commission’s Digital Services Act and hope this will be the beginning of renewed efforts by the Commission to address many of the regulatory challenges which impact on companies and consumers who buy and sell services in the digital space. One of the challenges we see in Europe’s online gambling sector is the need for more consistent regulations in the EU, particularly in respect to customer protection, and the Commission needs to step up to address the current fragmentation.”

While the EGBA is supportive of the DSA framework, Haijer has also cautioned about implementing too many regulations in the EU that might prevent iGaming from growing at an acceptable pace. He said last month during SiGMA Europe that gaming operators need to be able to advertise appropriately or they’ll lose ground, adding, in response to the topic of over-regulation, “Clearly, the position of Europe will be relatively weakened compared to especially the US jurisdictions.”