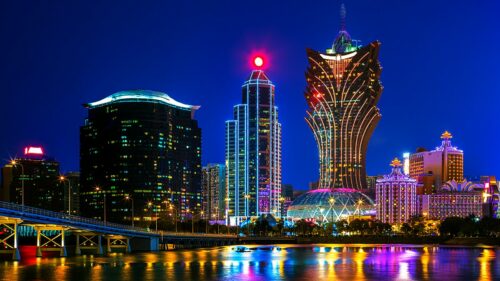 As Macau continues to struggle with the ongoing COVID-19 pandemic, Sands China is going to dive into the flames and launch its latest venue in the city. It had been expected that The Londoner would be coming to Cotai sometime in February, perhaps as a way to give everyone a chance to experience the U.K. while not actually able to travel there because of the restrictions. The February launch has now been confirmed, although Sands China is going to give some individuals a chance to check out the newly-refurbished property beginning next month.

The Londoner was initially expected to open this year, but the coronavirus had other plans. The property, formerly the Sands Cotai, was redesigned to capture the culture and history of Great Britain, and follows a Sands China theme of introducing properties modeled after exotic locations. It already has the Parisian and the Venetian, and The Londoner will come to life starting in just a little more than a month, coinciding with the beginning of the New Year of the Ox in the Chinese calendar.

Before that, though, a soft launch will be held beginning on January 22. Sands China, the Asian division of Las Vegas Sands (LVS), has spent $2 billion to redesign the new property, but it’s a safe bet that the ongoing pandemic and related travel restrictions are going to make it more difficult to recuperate that investment quickly. Still, LVS President and COO Rob Goldstein is confident that it was money well-spent and asserts, “Our investment in The Londoner Macao is a clear signal that we believe Macau’s future as one of the world’s most important leisure and business destinations remains on course.”

The Londoner is going to offer a completely different environment than did the Sands Cotai property before it. There will now be two new all-suite hotels, additional retail offerings, a 6,000-seat arena and a new MICE (meetings, incentives, conferencing, and exhibitions) space. It will also feature interior design conceptualized by soccer great David Beckham, the casino operator’s brand ambassador. The Suites by David Beckham arrangement is the first for the former Manchester United star and current president and co-owner of the Inter Miami CF out of Miami, Florida.

Sands China has already begun to take reservations for The Londoner, at around $200 per night (give or take a few dollars) as it prepares for the soft launch next month. However, guests should be prepared to have contingency plans in place in the event the COVID-19 debacle comes back to bite Macau once again.