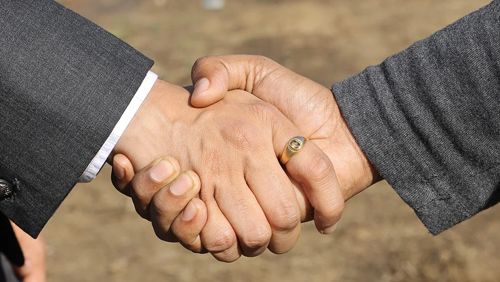 Italy’s gaming company SISAL SPA already has a foothold in Morocco, but it is about to get some new options to offer consumers. Scientific Games is getting into the local market through a new partnership with SISAL that will allow it to introduce new lottery instant games, instant digital games and its WAVE lottery retailer terminals this month. The new arrangement is seen as a significant accomplishment for Scientific Games, which has been looking for ways to expand its access to the Moroccan market.

Scientific Games will bring its Open Gaming System to SISAL, providing a new channel for e-instant options in the market. SISAL is establishing a national lottery retailer network that is going to be boosted by the new options, as well as by the latest lottery terminals and the instant scratch-off tickets that are coming from Scientific Games. SISAL already has a strong presence in the global lottery market, and is leading the charge to introduce new options that drive consumer interest.

Pat McHugh, the CEO of Scientific Games’ Lottery Group, said in a statement, “We are honoured by the continued trust that SISAL has placed in our ability to deliver a variety of value-added products and services that maximizes sales and proceeds for a number of their international lottery operations. We are particularly excited about supporting the national lottery in Morocco and deploying our games and technology in the African market.”

SISAL first entered Morocco almost three years ago when it was given a ten-year concession to operate the country’s national lottery. It launched the lottery in January 2019 and owes a lot of its success in Morocco to Scientific Games. The global gaming solutions company provided support to the company when it was putting together its bid to present to the country’s Societe de Gestion de la Loterie Nationale, the government entity responsible for the lottery.

In addition to Morocco, SISAL has also upped its game in other countries. It recently received a concession to operate parimutuel games in its homeland, and also just picked up a new contract, through subsidiary Sisal Sans, to operate Turkey’s national lottery. It is also developing, with Inspired Entertainment, a sports gambling solution for the Turkish market.

Adds SISAL Managing Director of Lottery and International Business, Marco Caccavale, “We are extremely pleased to have been awarded the concession to operate the national lottery in Morocco… For all of these significant opportunities, Scientific Games offers relevant, innovative products and services for several growth segments of our businesses. The extent of the collaboration we have with Scientific Games in Morocco, Italy and Turkey is clear evidence of the strength of our strategic partnership.”