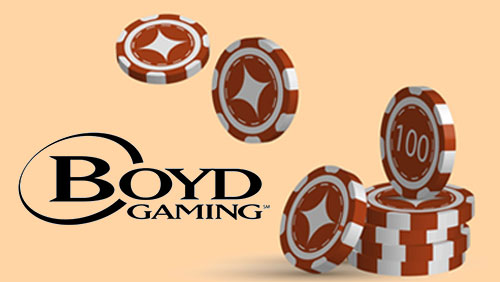 Boyd Gaming just picked up some much-needed cash. The casino operator has announced that it is finalizing the sale of one of its Nevada casinos, but was mum on how much money the deal means for the company’s wallet. The Eldorado Casino in Henderson is now only awaiting final approval from state regulators before it officially can become part of the portfolio of DeSimone Gaming.

Eldorado never reopened after Nevada relaxed its anti-coronavirus protocols, with the company not expecting it to be a major source of revenue. In announcing the sale of the property to DeSimone Gaming, VP of Corporate Communications David Strow referred to it as a “non-core” property that only “represented a very modest part” of Boyd’s revenue-generating assets. While casino operators anxiously returned to gambling once COVID-19 restrictions were listed, Eldorado was noticeably kept out of the plans and acknowledged that the property would remain shuttered until June of next year. It was one of three that Boyd kept closed, with the other two being Eastside Cannery and Main Street Station. The company has not stated when these other two venues might reopen.

DeSimone Gaming is picking up a property – most likely at a very good price – in a city that has a lot of promise as a large gambling destination moving forward. Eldorado is located in Henderson in Southern Nevada, which is home to a number of existing casinos, as well as a new one that was just announced. Marnell Gaming Management wants to build a new resort in the city and is now working with the Henderson City Council to make it a reality. The city is also home to practice facilities for two major sports teams, the Las Vegas Raiders and the American Hockey League’s Silver Knights, the affiliate team of the NHL’s Vegas Golden Knights.

The new owner of Eldorado may not enjoy the brand recognition companies like Caesars Entertainment and MGM Resorts International have, but it is no stranger to Nevada’s gambling scene. It is part of a large real estate development company, First Federal Realty, that purchased the Railroad Pass Hotel and Casino from MGM in 2015. That casino has the bragging rights of being the oldest continuously operational casino in the U.S. and is also located in Henderson.

The money from the sale will come in handy for Boyd. The casino operator has had a fairly good year, all things considered, but is moving forward with plans to build a casino in California and can use the funds to help cover those costs. The company has teamed up with the Wilton Rancheria tribe in the Golden State to bring a casino to the city of Elk Grove, for which Boyd just purchased 64 acres of land.