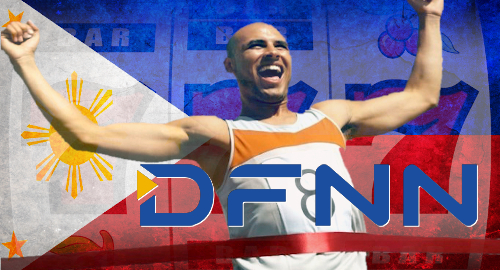 On Monday, Asia Gaming Brief broke the news that Philippine-listed DFNN was the first recipient of the new locals-focused online gambling licenses issued by the Philippine Amusement and Gaming Corporation (PAGCOR). Investors liked what they heard, pushing DFNN’s shares up over 41%.

DFNN CEO Calvin Lim said the new InPlay.ph online casino will be limited to VIP players only, at least to start, with strict know-your-customer protocols to ensure locals have the necessary wherewithal to responsibly enjoy online gambling from the comfort of home.

Inplay will be run by DFNN’s Inter-Active Entertainment Solutions (IEST) subsidiary, which has a long history as a PAGCOR-licensed supplier of land-based electronic gaming technology through the Instawin (online casino) and Xchangebet (peer-to-peer sports betting) brands. These eGames are offered to local residents through computer terminals in a wide network of eCafes.

eGames are a separate licensing category from PAGCOR’s Philippine Offshore Gaming Operator (POGO) permits, whose recipients are forbidden from taking bets from local residents. But with the POGO sector floundering under the combination of COVID-19 and government crackdowns, PAGCOR announced in October that it was considering allowing some of its land-based licensees to accept online bets from locals.

PAGCOR was later forced to qualify media reports that some casinos in Manila’s Entertainment City gaming zone had already received permission to accept online bets. In reality, only one casino – Melco Resorts & Entertainment’s City of Dreams Manila – has so far been approved and its online technology is still undergoing testing.

DFNN has clearly been angling for its local online casino opportunity, having released a public statement last month expressing solidarity with PAGCOR’s efforts to stamp out unauthorized POGO competitors. DFNN stressed the need for Filipinos to spend their gaming dollars with approved operators so that PAGCOR can compensate for the loss of its once-lucrative POGO revenue.

Speaking of, PAGCOR’s most recent list of POGOs that have received clearance to resume operations – meaning they’ve paid their taxes and had their Chinese workforce vetted by immigration officials – had risen to 36, three more than the previous update in September.

However, only a handful of these 36 are believed to have actually resumed operations, and that still leaves another 19 POGOs that have yet to receive their clearance (assuming they still want it).