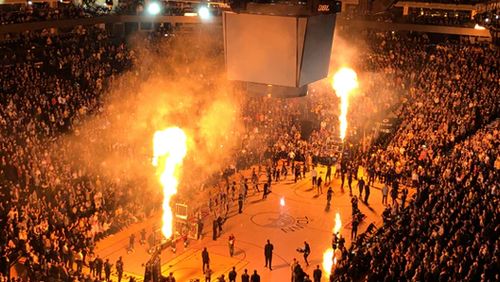 There was a blockbuster trade in the NBA last week involving very expensive point guards as the Houston Rockets sent Mr. Triple-Double, nine-time All-Star and former league MVP Russell Westbrook to the Washington Wizards for five-time All-Star John Wall and a 2023 protected first-round pick. While Westbrook and Wall are very good players and big names, that deal did little in terms of shifting either team’s 2021 NBA championship odds.

While Westbrook and Bradley Beal give Washington a terrific backcourt, the Wizards don’t have much else and are +10000 long shots to win it all. Just making the playoffs could be a challenge for Washington, which hasn’t done so since the 2017-18 season. Westbrook is reunited with his former Oklahoma City coach in current Wizards coach Scott Brooks.

Wall appears to be a better stylistic fit on Houston alongside three-time reigning NBA scoring champion James Harden than Westbrook was for his one season with the Rockets. However, Wall’s health is a big question mark as he hasn’t played a regular-season game since December 26, 2018, due to knee surgery and then a torn Achilles tendon – that’s basically the worst injury a basketball player can have, especially a player whose game is built on speed like Wall’s has been. He likely won’t play both ends of a back-to-back all season. Houston is +4000 to win the NBA title.

The Rockets plan to keep Harden for now, although he has requested a trade just like Westbrook did. Harden reportedly preferred Wall to Westbrook so perhaps if the team gets off to a good start, “the Beard” may want to stay put.

Harden wants to play with Kevin Durant and Kyrie Irving on the Brooklyn Nets, who are +525 second-favorites to win their first title. Those odds clearly would shrink if by some miracle Harden is dealt to Brooklyn before the December 22 tip off of the regular season.

The NBA has released the two games on December 22: Golden State Warriors at Brooklyn and Los Angeles Clippers at Los Angeles Lakers. Those are all title contenders, with the Lakers +210 favorites to repeat, the Clippers at +700 and the Warriors at +1700. Golden State’s odds got longer after Klay Thompson suffered a season-ending torn Achilles tendon the day of the NBA Draft (November 18).

The preseason tips off around the league this Friday.