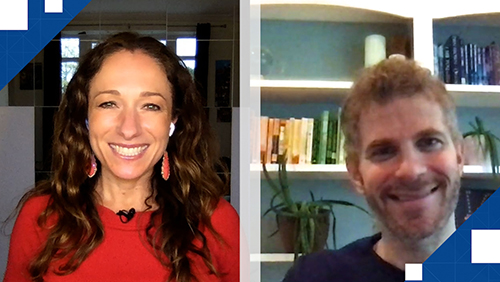 Penn National Gaming (PNG) has made the right moves and are seeing the fruits of their investments in 2020. Jon Kaplowitz, Head of Penn Interactive, joined our Becky Liggero Fontana to explain why buying Barstool Sports was the right move.

PNG was first rumored to buy Barstool in January, 2020, and Kaplowitz explained why they were so interested in buying a media platform. “When we started the process of looking for a partner we realized that we needed two things,” he said. “One, we needed an established brand that people knew that resonated with sports and sports betting. And the second is we needed an audience, an audience that was young that had a propensity to watch sports and actually make a bet on sports. We didn’t have that at Penn National and when we looked at every single media company under the sun, and finally when we met Barstool, we knew that they were the company for us.”

That makes the $450 million purchase of Barstool a natural choice, considering their audience. “Barstool Sports have been around for 17 years, they have built a loyal core audience of Stoolies, they have a hundred million people every month across all their social media channels, and these are people who love sports, many of them bet on sports, and engage with the Barstool talent in a way that engenders a lot of loyalty.”

That deal eventually led to the launch of the Barstool Sportsbook app, and Kaplowitz couldn’t be happier with the initial returns. “The debut really exceeded our expectations,” he said. “We had, I think, the record for the most amount of downloads and registrations for any sportsbook launch ever in in the history of United States. It went very well on the iOS store, so not only are we proud of our differentiation and our marketing approach, we think the product speaks for itself as well, there’s some really unique features and functionality that speaks to our audience. And we continue to do well. It’s an engaged audience, nearly 40 percent of our audience actually bets with Barstool. Those are the exclusive bets where Big Cat or Dave (Portnoy) talk about a bet, we have those bets in a specific section on the sportsbook app, and it’s really a marker for us to know that people aren’t just going into the app making a bet and leaving, they’re sticking around, they’re making more bets.”

Not every new gambling operation can afford a $450 million purchase, so Becky Liggero Fontana asked Kaplowitz’s advice for smaller startups. “My tips are, it’s tough, especially if you’re new entrant, you’re not a big company with investment behind you, if you will,” he responded. “I think traditionally traditional marketing approaches, traditional media approaches, I think there is a different approach that we have, and where the people who make bets, they’re younger, they consume content in a different way.”

Like PNG’s strategy with Barstool, he recommends using new media platforms to reach people where they are paying the most attention. “My advice would be, if you’re trying to engage these audiences and send them messages, doing it in the traditional way, where me or my parents or my older brother traditionally consume content, might not be the right approach,” he concluded.”

Watch the whole interview to see just how fully integrated PNG has become with Barstool, and why Kaplowitz is a big believer in reaching younger audiences on new platforms. And subscribe to the CalvinAyre.com YouTube channel to see all our new interviews as soon as they publish.