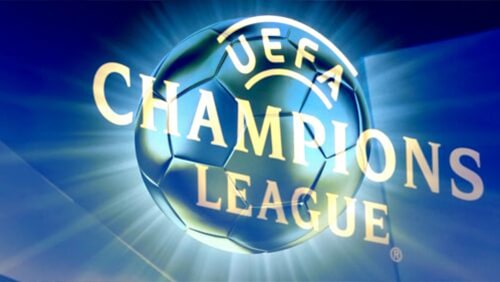 Let’s take a look at the biggest matches and some betting predictions for those games as well as setting out the gameweek’s fixtures in full.

This has all the makings of a corker. Both sides score goals, yet have key men on the fringes of the side or suffering from injury, such as Los Blancos seemingly cursed wing-forward Eden Hazard. While the Ukrainian side undoubtedly pose a threat, we’d take both teams to score in a Madrid victory, at 6/4. We like another bet even more, however, with the potential for parity up until very late.

A game that is absolutely vital for both teams is often a thriller, but some games evolve into tactical battles and still offer great sportsbetting value. Atletico vs. Bayern is one of those and we think both teams will fight tooth and nail for the three points.

To that end, a man who is no stranger to putting a lot of bite into the tackle/shoulder/forearm is Luis Suarez and the Uruguayan is 3/1 to pick up a card in the twilight of his career in just the sort of game where his frustrations might boil over.

Both these teams will be hoping for victory, but to have any chance of progress from the group, Leipzig surely have to win. To do so, they’ll have to overcome a stubborn Turkish side, but while we think they’ll do that, their porous defence hints at a frailty that is odds-on to be exposed in the process. Take the German side to win, no doubt, but be wary of their backline conceding and you can turn that bet into an odds-against chance.

Both sides come into the game on the back of exciting matches at the weekend, with Manchester United’s 3-2 comeback victory at St. Mary’s against Southampton still reverberating around Premier League fans’ YouTube replay list. PSG, meanwhile, shared the spoils in an entertaining draw at home to unfancied Bordeaux on Saturday, with the champions falling behind to an early goal before Neymar and Moise Kean scored within a minute midway through the first half. Despite this, the Parisians blew their lead in the second half and face a tricky tie at Old Trafford having lost the reverse fixture in the French capital thanks to a stunning late goal form man of the moment at Old Trafford, Marcus Rashford MBE.

With United and PSG both scoring plenty of goals, we can see the net bulging on multiple occasions. Don’t ask who’lll win (though we’d prefer United to edge out a 3-2 victory if we had to call it at 25/1), but the odds on it being a goal-packed game are far too long.