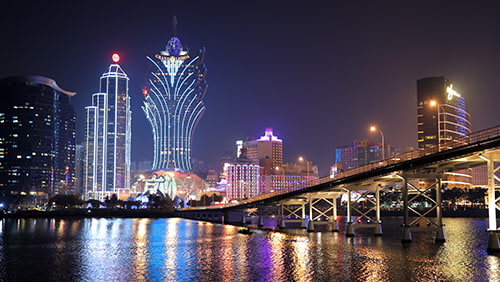 Barring any major surprises between now and then, The Londoner Hotel, Sands China’s latest addition to Cotai in Macau, could be ready to go in just a few months. The property is going to offer one-bedroom suites after being converted from the former Holiday Inn Macau Cotai Central, and work has been stalled due to COVID-19. The property was expected to open in July of this year, but the pandemic forced Sands China to alter the timetable. If no more schedule changes are necessary, it’s possible the venue will be ready next February.

Sands China President Wilfred Wong Ying Wai expects a “tentative” February launch, according to GGRAsia. The hotel, which is part of the rebranded Londoner Macao casino resort, went the all-suite route as a way to attract high-rollers and is expected to have “exclusive rooms designed for VIP and premium players.” Hopefully, that plan won’t come back to bite Sands China, as VIP gaming is expected to be the last segment to recover following the COVID-19 debacle.

There was no exact date given for the venue’s grand opening, but launching in February could potentially give it a huge marketing boost. The new Chinese New Year begins on February 12 and, if Sands China, the Asian arm of Las Vegas Sands, can get the property ready in time, The Londoner could capture a lot of attention from both guests and those curious to check out the UK-themed location. However, none of that will happen if Macau isn’t able to walk back its coronavirus-induced travel restrictions before then.

There has already been some forward progress made in Macau’s travel market, with hotel occupancy rates seeing a slight uptick at the beginning of November. The city’s tourism bureau reported that, for that week, hotels saw occupancy from 33%-45%, which is a little higher than the daily average of 38.1% in October. Wong believes that things will continue to climb and expects Sands China properties to see occupancy rates of more than 40% in December.

The rebound can’t come soon enough, especially for Sands China. It has been working on The Londoner and the Four Seasons as part of a larger $2.2-billion project in Macau, and recovering that investment is paramount to stability. The company reportedly has over $2 billion in liquid assets, but has still had to issue $1.5 billion in senior notes and has made arrangements with a lender to tweak a credit agreement.

Macau has seen a drastic decline in its gaming revenue this year compared to what it took in last year. Through the end of October, the city reported a year-on-year drop of 81.4% in gross gaming revenue, and the full-year figure won’t be any better, even if Macau sees a boost going into the last month of the year.