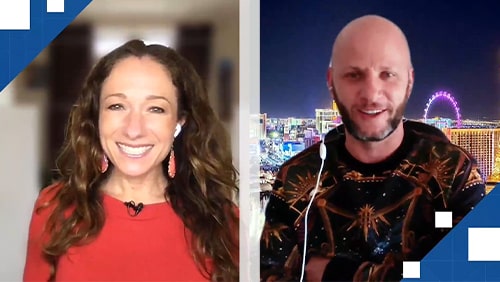 Robin Eirik Reed, Investor, Chair and CEO of Ichiban Ventures, is all about innovation, but not in the way you usually think of when you look at iGaming. Having recently become a shareholder for iGaming NEXT and a driving force behind Ichiban, he joined our Becky Liggero Fontana on this week’s episode of The Long Con.

The two began by talking about Reed’s background, and how he got into the gambling industry. “Back in the days before I went into iGaming, I did journalism school and was going to be a war correspondent actually,” he said. “I wanted to be where the action was and report on the most important stuff that goes on in the world. And then I stumble into a flat where there were some poker players living and before I knew it, I was part of this industry and never looked back since.

That drive to innovate is a huge factor for Reed, and he spoke about how it has sometimes run up against regulator opposition. “I think the problem is inherently that the regulators are there to ensure that the per spending capital isn’t too high in society towards gambling,” he said. “And I think if you therefore want to grow the industry, we need to ensure that whatever innovation we’re doing that can sort of start to increase the industry revenues needs to be towards responsibility, in some way or shape or form. So i don’t think regulation is per se hostile against innovation, but I do think that it is hostile towards the type of innovation that went on when the market was less regulated.”

While the two spoke at length about the different ways innovation is playing a role in the industry, for public and private companies, big and small, Liggero Fontana wondered if older offerings like slots are going to become a thing of the past. “I think we’re seeing that the slots are becoming, you know now you’re talking about base game and bonus game in a more distinguished manner, you’re talking about the storytelling slots, so there will be innovations through the iterations, and I’m sure the form factor and the content will change over time, but they will still be there in a recognizable shape,” Reed responded.”

Reed left the Gaming Innovation Group (GiG) in part to focus on Ichiban, the innovative new iGaming brand. “It launched on October 8, had been flying out of the gates,” he said of its recent success. “It’s the best launch I’ve seen, including some 40 launches in GiG NGR-wise.”

A huge part of that success is to do with how the brand approaches new ideas. “It’s going really well and what’s different in that brand, what we have done there is that we focused a lot on personalization of rewards,” he said. “So if you play there, you level up, when you level up you get spins, you get spins according to the value you typically played in your last level, you get spins on the slot machine you played on the last level. This is fully personalized. We have an exploration engine. So the games are tagged up with more than 160 tags, there can be themes, there can be high volatility, there can be the features in the game, many different characteristics and we’re trying to couple those games to the players to make sure that we find the slots for you so that you don’t have to do that job yourself.”

Watch the whole interview to see what he expects to achieve with Ichiban, specially in the Japanese market, and the different hurdles companies have to face when attempting to innovate. And if you haven’t yet, subscribe to the CalvinAyre.com YouTube channel for all of our upcoming conference interviews, and subscribe to the Long Con on Google, Apple Podcasts, and Spotify if you prefer your content in an audio format.