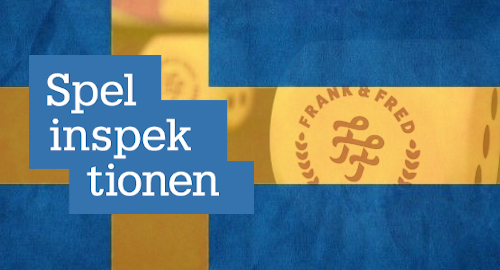 Sweden’s online gambling market posted only a modest revenue gain in the third quarter, while the local regulator has spanked yet another operator for violating bonus offer rules.

Figures released Friday by the Spelinspektionen regulatory body show Sweden’s overall gambling market generated revenue of just over SEK6b (US$700.5m) in the three months ending September 30, a gain of only 1.3% from the same period last year and 2% higher than Q2 2020.

Swedish-licensed online operators reported revenue rising 5.8% year-on-year to SEK3.7b, beating Q1 2020’s previous market-best by a mere SEK33m. The lottery and slot machine operations of the state-run Svenska Spel had an even better quarter, rising 7.7% to just under SEK1.5b, the segment’s best showing this year.

Spelinspektionen said it had no concrete figures for how much revenue was generated in Q3 by internationally licensed online gambling operators serving Swedish customers without local permission. However, Swedish-licensed operators believe the new pandemic limits on online casino deposits and bonuses have driven a lot of traffic to these international interlopers.

Earlier this month, Sweden’s Ministry of Finance proposed extending these limits until June 30, 2021. The government is accepting comments on this proposal until November 23 but the Branschföreningen för Onlinespel (BOS) online gambling trade group has already stated its opposition due to the government’s own data failing to offer justification for the original limits, let alone their extension.

On Friday, Spelinspektionen offered its support for the proposed extension, saying it was a “reasonable” step because the circumstances that led to the limits’ imposition this summer “can be assumed to remain for a longer period of time.”

Friday also saw Spelinspektionen drag yet another online licensee to the regulatory woodshed for “serious” violations of Sweden’s bonus offer and consumer protection rules. XC Gaming, which operates the Frank & Fred and Klirr brands, was issued a formal warning and a financial penalty of SEK5m ($580k).

Spelinspektionen said XC offered a player bonuses on multiple occasions, violating the rules limiting such freebies to a single sign-up bonus. The company tried to justify its generosity by claiming that the ‘gifts’ provided to this player weren’t linked to game play but the regulator wasn’t buying it.

Spelinspektionen likely wasn’t inclined to be charitable because XC offered said bonuses to a player who’d previously been flagged as someone whose gambling veered into problematic territory, and thus the regulator felt XC had a duty of care to ensure that player wasn’t encouraged to continue down this dark path.

Spelinspektionen noted that the activity in question occurred in 2019, before XC was acquired this spring by gaming platform provider The Mill Adventure Ltd from its previous owners Cherry AB.