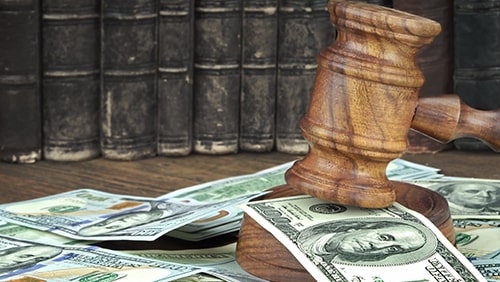 Stacy Jones is a happy camper. In a rarity for the U.S. Drug Enforcement Agency (DEA), it has agreed to return money it seized from her in September after it falsely asserted the money had come from the sale of drugs. It had no evidence to support the claim, but this hasn’t stopped the agency from keeping money in the past. In fact, it has reportedly confiscated more than $4 billion over the past ten years and never returned it while, at the same time, never pressing charges against those individuals from whom the money was taken.

Jones was set to return home to Florida from a gambling trip to North Carolina with her husband this past September when they were stopped at the airport during a routine security inspection. She had $43,000 in cash with her, and airport security agents became suspicious, despite no law in place that requires the reporting of large sums of cash when traveling domestically. The agents called in the police, who called in the DEA, who submitted Jones and her husband to an intense grilling.

Not believing their story that they had rightfully come by the money through the sale of a vehicle, the DEA seized the money and accused the pair of having acquired it through the illegal sale of drugs – a charge that the agency could never substantiate with evidence. Despite attempts to appeal to the soft side of the DEA (not that there is one), the agency refused to return the cash, leading to a lawsuit against it.

Apparently with no word, no apology and no explanation, the DEA has now returned the money, according to a press release by the law firm that represented the couple, the Institute for Justice. Jones said in the release, Getting my money back is a big relief. But DEA never should have taken it in the first place. In going through this nightmare, I found out that I’m not the only innocent American who has been treated this way. I hope that my continuing lawsuit will end the government’s practice of treating people flying with cash like criminals.”

Just because the DEA has made amends doesn’t mean the agency is out of the hot seat. The law firm is keeping the suit in place, asserting that civil forfeiture rules in the U.S. are illegally biased toward the government. Institute for Justice Senior Attorney Dan Alban asserts, “We are glad that Stacy will get her money back, but it is shameful that federal agents keep targeting innocent flyers at our nation’s airports. We are going to keep fighting to end TSA’s and DEA’s unconstitutional and unlawful practices of seizing people and their cash without reasonable suspicion or probable cause.”