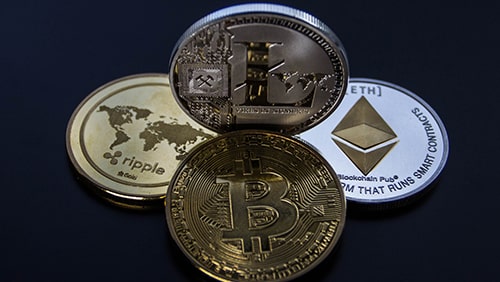 Financial regulators getting comfortable with digital currencies will likely go a long way toward gambling regulators adopting them too. That means, Hong Kong’s securities regulator putting out new blanket regulations for the medium of exchange is an important step towards a digital currency future.

The Hong Kong’s Securities and Futures Commission have announced that all digital currencies, regardless of whether they are considered securities are not, will have to meet certain regulations. This changes a previous opt-in policy for currencies that were not designated as securities, and is regarded as a fix to a loophole.

By choosing not to opt-in to regulations, some digital currency purveyors could argue that their token was not a security and work outside the rules. That opened up a huge grey area where some coins could be used for potentially nefarious purposes but claim they had nothing holding them back, and prevented legitimate businesses from seriously investing in the digital currency revolution.

SFC chief executive Ashley Alder explained it at a recent conference, “This is a significant limitation, as under the current legislative framework, if a platform operator is really determined to operate completely off the regulatory radar, it can do so simply by ensuring that its traded crypto assets are not within the legal definition of a security.”

By forcing all digital currencies to adhere to the rules, that grey area is now gone, and all coins have to adapt or face consequences. “Once this new regime is in place, all virtual asset trading platforms in Hong Kong would be regulated, supervised and monitored under one of two regimes: the existing opt-in framework we introduced last year, or the proposed new licensing approach being announced today. Failure to do so would, of course, be an offense,” Alder said.

Sensible regulations are a major step toward digital currencies gaining wider acceptance and adoption, and crucial for the gambling industry. If there is a clear indication that gambling sites can use digital currency platforms for transactions, sites can realize a better user experience by turning to them.

And there’s no better option or that than Bitcoin SV (BSV). Adhering to the original vision of Bitcoin, BSV aims to meet regulations rather than work outside them. And with its ability to massively scale, it not only provides the cheapest and fastest transactions possible on a blockchain, but it also allows data to be stored on chain, relieving operations of expensive data centers and cloud solutions.