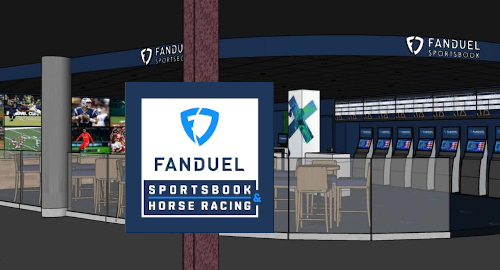 Illinois sports betting handle more than doubled from August to September although wagering revenue failed to match this torrid pace.

Figures released Friday by the Illinois Gaming Board (IGB) show the state’s sports betting licensees handled wagers worth $305m in September, more than twice August’s $139.8m as the NFL’s return brought bettors out of pandemic hibernation.

Nearly 93% of handle was wagered digitally, up from 88.4% in August thanks to full month contributions from both DraftKings and FanDuel. The state also welcomed PointsBet and William Hill in mid-September, further adding to bettors’ digital options.

Rush Street Gaming’s BetRivers brand maintained its spot atop the betting handle rankings with $112.6m in combined retail and digital wagers, good for a 36.9% share of the overall. However, this was a serious step down from the over 84% share BetRivers enjoyed in August as DraftKings reported handle of $98.2m in September while FanDuel wasn’t far back with $82.5m.

The overall market’s betting revenue also took a step back in September, as the books held a mere $6.8m ($1.4m retail, $5.4m online), down from $7.2m in August. The state’s share of this bounty totaled about $1m, bringing the total over the first three full months to around $3m.

The state’s betting operators breathed a sigh of relief on Friday as Gov. J.B. Pritzker once again extended his order allowing mobile registration of new customers without requiring in-person confirmation at an operator’s land-based gaming partner.

Pritzker originally okayed this exemption from the state’s betting regulations due to COVID-19, which is undergoing a serious surge in Illinois. The current exemption will last through December 12, but with state legislators recently announcing plans to avoid reconvening this year due to COVID-19, it’s possible Pritzker will extend the mobile registration exemption through at least the end of 2020.

FanDuel will also make a ‘multi-million dollar’ investment in the track, adding not only a retail sportsbook but also significant upgrades via “innovative technology and entertainment offerings that only FanDuel can deliver.” FanDuel will also fund a revival of the track’s signature event, the $250k St. Louis Derby, which hasn’t been run since 2006 due to the track’s financial woes.