The recent announcement by PayPal that it was ready to fully embrace the digital currency ecosystem has already created waves in the overall financial industry, with several experts seeing the move as a definitive precursor to potentially massive adoption. Surprisingly, global awareness of digital currency and its traits and benefits remains relatively low, but this is rapidly changing as a result of major entities like PayPal getting involved. More analysts are now speaking up about what the payments platform’s decision means to digital currency, and everything points to greater adoption happening at a much quicker rate. 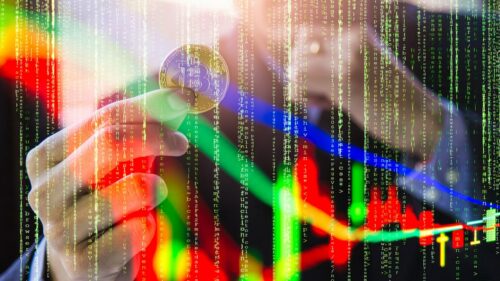 The founder and CEO of InsideChains, Cristina Dolan, sees the PayPal announcement as a huge indication of digital currency’s arrival. Dolan also serves as the chair of the MIT Enterprise Forum, and explained to Cointelegraph, “This is a very exciting announcement that will help increase crypto adoption for traditional value transfer or payments by offering an easy and integrated solution for the 346 million active PayPal users… This may even increase the velocity of crypto and Bitcoin spending across the network while increasing its perceived usability and value as a currency, not just a store of value. PayPal dominates payments processing, yet integrating crypto may also attract new customers.”

Quantum Economics founder Mati Greenspan concurs, asserting, “Yes. This move is likely a huge boon for the adoption of cryptocurrencies in real-world payments. Millions of people who prefer to pay with crypto are always looking for new vendors that accept them. PayPal is now effectively adding 22 million merchants to that list as well as opening the door for its over 300 million active customers.”

Others view the news as potentially good for digital currency, but not necessarily life-altering. One of these is Jimmy Song, a BTC developer and now instructor at Programming Blockchain, who showed that his knowledge of how finances work was kind of hollow, stated, “The only thing that ‘forces’ Bitcoin adoption is the collapse of fiat money, which isn’t happening yet. PayPal’s announcement gives people an additional path to buying Bitcoin to store value or buying altcoins to gamble — that’s it.”

Of course, digital currency has been adopted already by millions of people around the world, despite the fact that fiat is still alive and well. Bitcoin – the original Bitcoin and the digital currency carried on by Bitcoin SV (BSV) – was never meant to replace fiat; it even explicitly addresses this topic in its white paper. However, Song did get part of his assessment correct. As even longtime Bitcoin opponent Nouriel Roubini has realized, digital currency has actual value, and this is giving it more momentum in the gambling industry. With hundreds of millions of more individuals now able to gain exposure to digital currency through PayPal’s acceptance of the currency, exponential growth could be right around the corner.