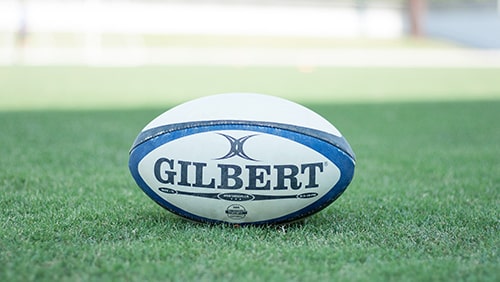 The Autumn Nations Cup is set to kick-off for the first time as the Northern Hemisphere tournament replaces tours by Australia and New Zealand due to COVID restrictions.

The eight-team tournament could become a permanent fixture on the international calendar, with crowd restrictions to continue as the U.K. faces another lockdown. The eight teams, split into two groups, includes traditional Six Nations teams, as well as newcomers Georgia and Fiji,

Check out our match tips for the opening round fixtures below.

England are coming off a successful 2020 Six Nations campaign, that included a strong 34-5 win over Italy in the final round of the Six Nations. England coach Eddie Jones will likely name centre Ollie Lawrence in his starting side, in place of the injured Manu Tuilagi. The Worcester centre has drawn comparisons with All Blacks winger Caleb Clarke for his ability to break a tackle at the gain line. England should have no issues in what looks like on paper to be a one-sided contest.

The young French side are being tipped by rugby pundits to be going places. The French have traditionally remained inconsistent but are quickly building a reputation for some brilliant attacking rugby. With the majority of their stars based in Western Europe, Fiji won’t be over-awed by the occasion. The Fijians were impressive at the 2019 World Cup and will be hoping Semi Radradra can continue his impressive form. Radradra picked up a hamstring injury in the European Cup but should feature at some stage of the tournament. France claimed a win in their last outing against Ireland and should continue their good form in the opening game.

Scotland finished the Six Nations on a high, defeating Wales to claim the Doodie Cup. Italy were unable to make an impact in the Six Nations and look for their poor form to continue against the Scots. The Italians will struggle to contain Scotland’s enterprising play at the breakdown, and they should run out comfortable winners.

Ireland will be desperate to bounce back against the Welsh in their opening fixture. The Irish were beaten in their last outing against the French in Paris, handing the Six Nations title to traditional rivals England. Irish playmaker Johnny Sexton looms as the difference between the sides. In what should be a tight contest, Sexton’s kicking ability could prove to be the difference.