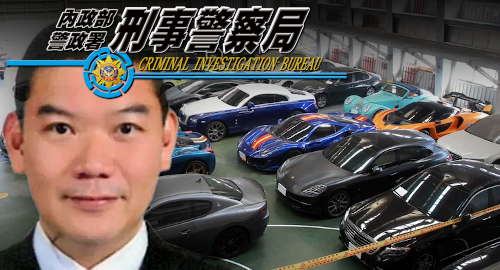 A fugitive Taiwanese online gambling billionaire has been arrested after initially escaping a crackdown on his operations this summer.

On Thursday’s, Taiwan’s Criminal Investigation Bureau (CIB) announced the arrest of a man identified only as Zhuang on suspicion of illegal gambling, money laundering and involvement in organized crime.

Taiwan News reported that Zhuang was none other than Chaung Chou-wen, chairman of Taichung-based Xin Li Wang Intl Holding Group, who has been granted honorary titles in Cambodia, Indonesia and Malaysia for his significant investments in local development projects.

Chuang (pictured) reportedly went underground in August after the CIB targeted an illegal online gambling business in Taichung City. Those raids followed an initial raid on an affiliated gambling network in January.

Inspection of the numerous computers seized during these raids reportedly exposed Chuang’s role as the beneficial owner of the gambling operation. Chuang, who has significant real estate holdings in Taiwan and abroad, was believed to have fled the country on his private jet at the time of the August raids.

But the CIB recently received a tip that Chuang was hiding out in a safe house in Changhua City. The CIB staked out the location and ultimately arrested Chuang and his driver, who could face charges of aiding Chuang’s efforts to evade arrest.

Chuang’s gambling and money laundering operation is believed to have handled over RMB1b (US$151.3m) from bettors in Taiwan and mainland China. In addition to Chuang, another 19 individuals are facing a variety of charges, while police have seized numerous real estate assets associated with Chuang as well as a dozen luxury vehicles.

The CIB has been very active this year bringing down online gambling operations, be they large or small. An example of the latter came last week via the arrest of 10 individuals associated with a ‘Gold Casino’ scam site that promised players “a daily profit of NT$800 to more than NT$2000” (US$28-$70).

In recent years, Taiwan has developed a reputation as a base for online gambling network services, including software development, tech support, payment processing and customer relations management. Despite their frosty political relationship, Taiwanese and Chinese authorities have often cooperated to disrupt cross-border gambling networks.