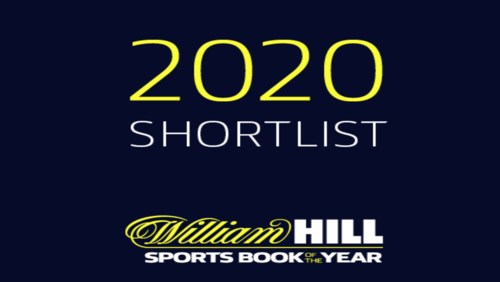 Announced every year by William Hill, there is a real prestige in becoming the Sports Book of the Year and the announcement of the shortlist to become the winner was announced earlier this week right here.

Here is the shortlist for the @WilliamHill Sports Book of the Year Award 2020!
🥊 Born Fighter by @RuqsanaBegum
🏔️ The World Beneath Their Feet by @ScottEAuthor
🏏 The Unforgiven by @AshG66
🏏 A Breath of Sadness by @IanRidley1
🇷🇺 The Rodchenkov Affair by Grigory Rodchenkov pic.twitter.com/snROUm9kIt

This year’s award will see the winner announced on 3rd December, though with this date just 24 hours after the nationwide lockdown ends, it’s likely this will be online. This year’s prize is a massive £30,000, as well as the famous trophy and their book in a bespoke, leather-bound edition. The five shortlisted authors receive £3,000 just for making it this far.

Last year, the William Hill Sports Book of the Year award went to Cricket author Duncan Hamilton for his book, The Great Romantic: Cricket and the Golden Age of Neville Cardus.

Here are a list of all the previous winners in the last decade of this prestigious sports writing award:

The judging panel will have a tough choice to make this year, with some fabulous sporting tomes on the shortlist. Who’ll win will be announced in exactly a month’s time on December 3rd, but let’s look at each book in turn.

The William Hill Sports Book of the Year 2020 Shortlist in Full:

Born Fighter is the story of Ruqsana Begum’s against-all-odds journey to becoming Muay Thai world champion and training without her family’s knowledge on her way to beating all challengers and empowering herself and others along the way. An inspirational story, it’s sure to be a tough book to knock out of the reckoning.

The World Beneath Their Feet by Scott Ellsworth

‘Why would man climb Everest?’ it was once asked, to which the natural reply came: ‘Because it is there’. This look at two rival camps of climbers in Great Britain and Germany in the 1930’s as the build-up to the second World War took place frequently reaches for the high ground in the manner of those within its pages. This book may well reach the peak of the sports literary world in a moth’s time.

The Unforgiven by Ashley Gray

The Unforgiven is the story of the West Indian cricket team who were shunned by their own country for accepting $100,000 per man to travel to South Africa. In an era where Black Lives Matter has done tremendous work educating the world to racial prejudice, this never-before-told story really captures the imagination of a world that needs to learn lessons from eras such as the 1980’s where the true-life tale takes place.

The Breath of Sadness: On Love, Grief & Cricket by Ian Ridley

This tale of grief in the form of county cricket will tug on the heart-strings like so many local cricketers tug on their whites each summer. A story all about how we carry on when those we love are gone, there’s perhaps never been a more appropriate time to read The Breath of Sadness in these troubled times around the world.

The Rodchenkov Affair is the story of the Russian Anti-Doping Scandal of 2015, after they were suspended by the World Anti-Doping Agency after the 2014 Sochi games caused controversy around the sporting world. Grigory Rodchenkov was at the centre of that Winter Olympics outrage and he penned what is a deeply fascinating read.

All five books deserve all the plaudits and have earned their £30,000 prize, but only one can be the 2020 William Hill Sports Book of the Year. We’ll find out who on December 3rd.