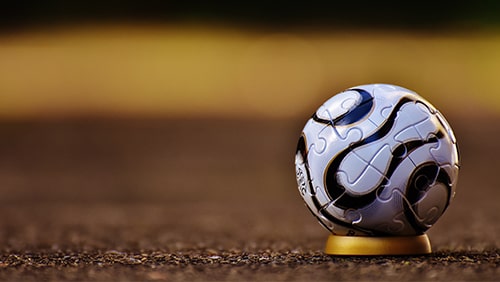 The Premier League’s last set of games before an International break are always full-on affairs. With 100% effort, energy and application, the three points on offer for each of the 20 sides will be fiercely fought for.

Last season some terrific matches go right to the death, such as Spurs’ vital 1-0 win at Burnley, which could yet have huge title-winning ramifications come the end of the season.

Who’ll prevail? Let’s take a look at three games in detail and then give you our tips for all 10 fixtures. Last week, four of our tips came in, providing sportsbetting readers with a better than 2:1 return on their investment. No pressure, then.

What could be a thrilling encounter is scheduled for high noon on Saturday lunchtime. Just a fortnight ago, this game would have looked like a home banker, but after Aston Villa’s 100% record was spectacularly shattered by Leeds United as The Villains were defeated 3-0 at Villa Park.

Southampton beat Everton 2-0 at St. Mary’s last week, too, so Ralph Hassenhuttl’s side can go above Dean Smith battling Midlands side with a win and we think they have the speed on the counter-attack to do exactly that. Danny Ings will almost certainly get on the scoresheet if so, meaning our bet is a very tasty one.

Our tip: Danny Ings to score and Southampton to win (12/5)

What used to be a clash of titans is now a meeting between the sides in 15th and 11th places respectively, and that’s before the games that take place before this Old Trafford battle.

Where once went pizza now goes polite conversations behind closed palms and facemasks, and this game could really do with a couple of flying tackles and some uninterrupted hubris, though VAR has found a way to remove ‘that particular avenue of pleasure’ from the Premier League as Basil Fawlty might say.

While watered down these days, this could still be a fun game to watch, and with Bruno Fernandes rested the other day, United might sneak it. It’s their right-back we think might be a little too keen to get one over a London club he was rumoured to be targeted by before arriving at Old Trafford, however.

Two sides with a freedom of expression to their game meet at Elland Road as Leeds United and Leicester clash in the final fixture of the weekend on Monday Night Football.

With a grueling journey from Athens back to the East Midlands, Leicester City have a few knocks and Leeds will be hoping to exploit some gaps in The Foxes’ defence. With Sheffield Wednesday fan Jamie Vardy desperate to score against Leeds in his first chance to do so for years, and at the age of 33, however, Leicester will be tough to stop.

We can see Leeds leading, but Leicester should be written off at your peril and we love the score draw as a result of that fact. Go for a point apiece in an entertaining, goal scoring game.

Our tip: Danny Ings to score and Southampton to win (12/5)

Which Premier League teams are favourites to be relegated?
Paul Seaton
17 November 2020
.