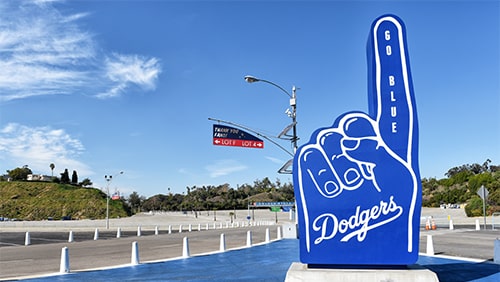 The MLB World Series could be wrapped up in just one more game. The LA Dodgers pulled out in front of the Tampa Bay Rays yesterday to take a 3-2 lead in the best-of-seven series, making tomorrow’s Game 6 the most important one for the Rays this year. Lose it and they go home. Win it and they force Game 7 and a final chance at the pennant.

This Fall Classic has been full of ups and downs as the Rays continued to thwart the Dodgers’ hopes of securing a quick win. However, Dodgers pitcher Clayton Kershaw has been undeterred, continuing to chip away at the Rays batting lineup while getting some extra help from the outfield. He stayed in the game for five and a half innings yesterday, bullying the Rays the entire time and forcing them to go just 1-for-7 with runners in scoring position. He added six strikeouts and just two runs to an already impressive resume.

It wasn’t just Kershaw, though, that won it for the Dodgers. Mookie Betts picked up a leadoff double that was followed by a single by Corey Seager that brought him home. Seager was able to advance to third after Tyler Glasnow failed to live up to expectations on the mound for the Rays, and then brought it around to home plate when Cody Bellinger singled. This gave the Dodgers a 2-0 lead and renewed energy to keep the pressure on, and they would add one more run in the second to give them a bigger cushion.

That worked until the third inning, when the Rays found a little success. Wanting to do whatever they could to threaten the Dodgers, the Rays found an opening after Yandy Díaz put up an RBI triple to get in scoring position. He crossed the plate thanks to a postseason record-setting 27th hit off Randy Arozarena’s bat, and the Rays then had a chance to tie things up when Manual Margot tried to get his name in the spotlight by stealing home. It didn’t work out and the Dodgers turned up the heat to remind the Rays that they’re serious.

Max Muncy would put up a 434-foot home run in the fifth to help the Dodgers extend their lead and, at the same time, give Glasnow a record he’d prefer not to have. He is now in the lead with the most postseason home runs allowed at nine. The Dodgers were now in a good position to give Kershaw a break, so GM Dave Roberts rotated the pitching crew a little for the rest of the game, preparing everyone for the huge Game 6 that’s coming.

With the 4-2 win, the Dodgers can now wrap up the World Series with a Game 6 win tomorrow night. If they do, it will be the first time since 1988 they’ve captured the pennant. However, the Rays have already shown themselves to be a tough team that is able to pull out an unexpected bag of tricks, so tomorrow’s game should be a doozy.