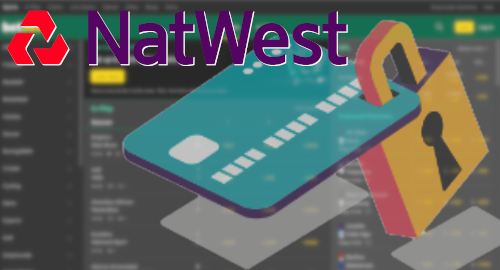 UK problem gamblers will have to wait 48 hours before bankers NatWest will let them deactivate a block on debit card gambling transactions.

On Monday, NatWest announced that customers who activate the debit card gambling block feature on the bank’s mobile app will require a 48-hour ‘cooling off’ period before being allowed to once again use their card for gambling transactions.

The new time-out mirrors a move announced by NatWest rival Barclays in September, although Barclays’ cooling-off period extended for 72 hours. The change followed a study by the GambleAware charity that suggested introducing more ‘friction’ into the process for customers looking to get back into the gambling game after a self-exclusion decision.

NatWest said internal data showed that it handled fewer gambling transactions as the UK’s COVID-19 lockdown took effect this spring, although the number of transactions began to creep back up following the lifting of these restrictions. (UK Gambling Commission surveys revealed that gambling activity underwent an initial surge but slowed in August, so this appears to be a ‘choose your own adventure’ scenario.)

In October 2019, NatWest announced a trial program in which 13 of its retail branches would offer counselling sessions for problem gamblers. The trial, a collaboration with the GamCare charity, went well enough that NatWest announced plans to expand the walk-in program across its UK retail network.

Meanwhile, the Commonwealth Bank of Australia (CBA) learned last week that it would pay AU$150k (US$107k) to atone for its failure to protect a problem gambler from himself. The Australian Securities and Investments Commission (ASIC) sued CBA this spring for its failure to live up to its obligations under the National Consumer Credit Protection Act.

CBA customer David Harris had notified CBA that he was a problem gambler and thus didn’t want his credit limits increased. But CBA ignored this notification, raising Harris’ limits on multiple occasions. CBA was properly embarrassed by revelations at a Royal Commission inquiry into the matter, apologized for its shortcomings and offered no defense regarding the ASIC suit. The bank said it has since beefed up its gambling transaction-blocking procedures.