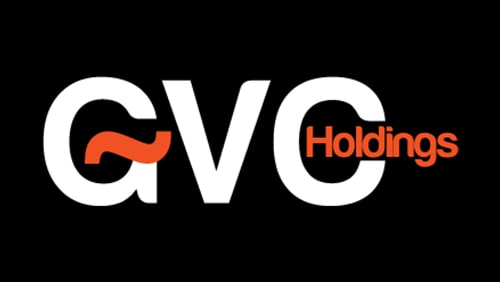 GVC Holdings PLC (LSE: GVC), the global sports-betting and gaming group, is pleased to announce the appointment of two new Directors to its Board. David Satz will join as an Independent Non-Executive Director on 22 October 2020, and Robert Hoskin will be promoted to the Board as an Executive Director on 1 January 2021 in the role of Chief Governance Officer.

David Satz played a critical role in successfully lobbying for online gaming and sports betting to be licensed in the U.S. He was most recently Senior Vice President of Government Relations and Development for Caesars Entertainment Corporation in Las Vegas, where he worked from 2002 to 2019. He was responsible for overseeing Caesars’ government activities for more than 52 properties in 15 states in the U.S. and several other countries around the world. He previously spent 16 years at the U.S. law firm Saiber Schlesinger Satz Goldstein LLC, where he had a particular focus on the gaming industry and played a key role in numerous regulatory and legislative initiatives throughout the U.S. David has a degree in Economics and Political Science from Ithaca College and a law degree from Seton Hall University.

Robert Hoskin has been at GVC since 2005 and will take up the role of Chief Governance Officer, overseeing GVC’s legal, regulatory, governance and social responsibility affairs. He is currently Group Director of Legal, Regulatory and Secretariat and has been instrumental to the Group’s growth and development in that time, overseeing its corporate governance, legal and regulatory requirements across more than 20 countries in five continents, whilst also supporting various M&A transactions. Prior to joining PartyGaming in 2005, Robert headed up the Investment Company Secretariat at Aberdeen Asset Management. He is a Chartered Company Secretary and has a law degree from University College London.

Commenting on the appointments, Barry Gibson, Chairman of GVC, said:

“I am delighted to be welcoming two such high calibre individuals to our Board. David has unrivalled regulatory and legislative expertise in the all-important U.S. gaming market. His knowledge and insight will be hugely additive in helping us to achieve our ambition of being the leading operator in the U.S. through BetMGM, our fast-growing joint venture with MGM Resorts.

Robert has made an outstanding contribution to GVC in his 15 years at the Group, and his promotion is richly deserved. The fact that regulation, legal and governance are now represented at Board level will give us even greater oversight of these critically important areas, all of which are central to our long-term growth plans.”

“I have long been an admirer of GVC’s diversified business model, industry-leading brands, and unique proprietary technology platform. I look forward to working closely with the Board and the executive management team in order to help support GVC’s impressive growth trajectory, especially in light of the unprecedented opportunity presented by its strong position in the nascent U.S. sports betting market.”

“It has been an absolute pleasure to have witnessed GVC’s extraordinary growth story from an AIM-listed company to the successful and international FTSE 100 business that it is today. I am honoured to be joining what is an outstandingly strong Board and am delighted that the importance of Governance is being recognised in this way.”

There are no details to disclose for David Satz under Listing Rule 9.6.13 and he does not own any GVC ordinary shares.

GVC Holdings PLC (LSE-GVC) is a FTSE100 company and is one of the world’s largest sports-betting and gaming groups, operating both online and in the retail sector. The Group owns a comprehensive portfolio of established brands; Sports Brands include bwin, Coral, Crystalbet, Eurobet, Ladbrokes, Neds and Sportingbet; Gaming Brands include CasinoClub, Foxy Bingo, Gala, Gioco Digitale, partypoker and PartyCasino. The Group owns proprietary technology across all of its core product verticals and in addition to its B2C operations provides services to a number of third-party customers on a B2B basis. The Group has also entered into a joint-venture with MGM Resorts to capitalise on the sports-betting and gaming opportunity in the US. The Group is tax resident in the U.K. with licenses in more than 20 countries, across five continents.