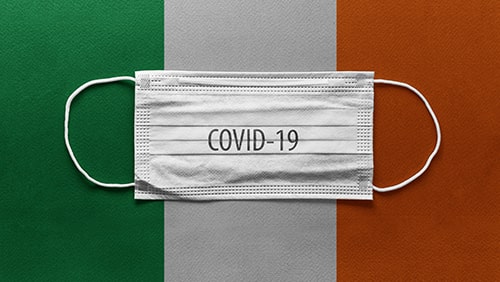 On October 8, there were 17,540 new cases of COVID-19 reported in the U.K. As of yesterday, there were 26,687. This has forced the country to raise its coronavirus threat level in an effort to stave off a larger increase. This has already forced Wales to announce that its gambling shops would be closing as of tomorrow, as well as no small number in England, which has seen most of the increase. The next to fall is Ireland, which has announced that its bookmakers are following suit and will be temporarily closing down.

The closure in Ireland will put over 800 betting locations out of business until things get under control. The only exceptions will be horse racing and greyhound racing, which, for now, will be allowed to continue. Previously, the increased threat level had been expected to last for just over two weeks, but that will depend on what develops during this period, and some shops in Ireland anticipate a much longer shutdown. As should be assumed, the closure is going to have a hugely detrimental impact on the entire gambling industry, which translates into losses for the government, as well.

All gambling entities are going to feel the sting, especially those that went out of their way to add health and safety measures to combat COVID-19. One of these is BoyleSports, one of Ireland’s largest predominant players, which paints a grim picture about the company’s future as a result of the losses and the added expense that it now will not be able to recuperate. It asserts that the fallout will have a “very significant effect” on its business, as well as the entire industry.

BoyleSports released a statement after the decision was made for Ireland to step backward, saying, “The Government’s decision to shut down all non-essential retail will have a very significant effect on our business. More importantly, it will impact our 1,500 loyal and hardworking retail employees as well as our valued customers.

“Over the past six months, BoyleSports has invested over €1m in making our shops a safe environment for our customers. We have put up new screens on our counters and between machines, installed hand-sanitizing stations and have placed extensive signage in every store.

“At the same time, we have significantly restricted the number of people allowed in any one BoyleSports shop at any time to ensure compliance with all public-health guidance. We look forward to the reopening of our shops in Ireland on the 1st of December.”

Horseracing and greyhound racing will be allowed to continue, as they are considered to be part of an “elite” class. However, the activity will only be permitted behind closed doors, which will handicap the action seen. Although unlikely, perhaps there’s a chance the shutdown won’t have to last as long as BoyleSports expects.