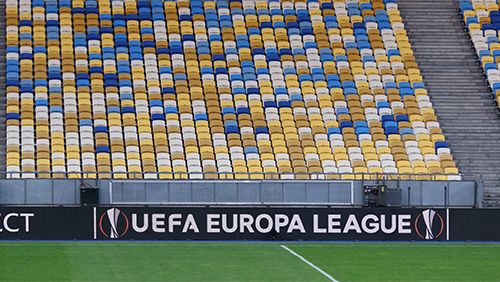 The Europa League returns this Thursday and will see three English football clubs take part in the action. With Arsenal, Tottenham and Leicester City all in action, as well as both Celtic and rangers, which teams will prevail?

Let’s take a look at the three English sides then give you some of the prices on other teams shooting for glory in the Europa League.

The Gunners may come into this game on the back of a defeat in the English Premier League, but a 1-0 narrow loss to Manchester City was nothing to be ashamed of for Mikel Arteta’s men. Having scraped into this competition by virtue of winning their record-breaking F.A. Cup last season, the red half of North London will now be looking at this competition as a possible cup to win in the 2020/21 campaign.

To do so, Arsenal will need to improve defensively from their performance against Olympiakos last time round, when the Greek side claimed a famous victory in North London to dump The Gunners out of the tournament.

We think Arteta’s men will get the job done in Gameweek #1 and possibly in some style, too. An away victory to savour for Arsenal fans, and a few goals too against a Rapid Vienna side who are likely to be a little overawed against such illustrious opposition.

Jose Mourinho’s men played a handful of qualifiers to get to this stage, so a little like their local rivals Arsenal, will be desperate to win the competition now that they’ve reached the group stage.

Starting with a home tie against LASK – one of the sides beaten by Manchester United on their way to the semi-finals last season – Spurs will be expected to not only win, but do so in style, not something Mourinho has always found easy to do in his career. The Tottenham Hotspur of this year, however, is scoring goals regularly, and how. Five against Southampton was followed by six at Old Trafford and while Spurs inexplicably let a three-goal lead slip at home to West Ham, it felt more like a blip than a pattern.

Under Mourinho, Tottenham look in the mood to perform and with a solid base of Sissoko and Ndombele behind attacking flair players such as Gareth Bale, Heung-Min Son and England captain Harry Kane, they can go far in this competition. They can certainly get all three points against LASK and we’d expect an early reaction to their dropped points at the weekend.

Our tip: Tottenham Hotspur to be leading at half-time and full-time (Evens)

What should be a routine victory for The Foxes could also be a game in which to blood some youngsters and give players such as James Maddison and Cengiz Under some much needed game-time. With central defender Caglar Söyüncü out for three or four months due to his abductor muscle injury, Leicester need new signing Wesley Fofana to come up to speed in double-quick time.

The signs for that are very good, with Fofana performing well at home to Aston Villa on Sunday, and while Leicester City should beat Zorya Luhansk with ease, it could be a closer victory than expected, with the single-goal margin looking food in the sportsbetting odds for the Europa League odds.

Our tip: Standard Liege to win and both teams to score (5/1)

Our tip: Roma to win (Evens)

Our tip: Tottenham Hotspur to be leading at half-time and full-time (Evens)