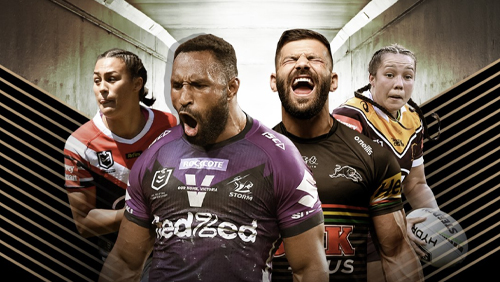 The Melbourne Storm are set to do battle with the Penrith Panthers in the 2020 National Rugby League (NRL) Grand Final in Sydney. The young Panthers side have enjoyed a stellar season under coach Ivan Cleary and will be chasing a club record 18 straight wins in the premiership decider. Penrith just finished ahead of Melbourne at the end of the regular season to claim the minor premiership.

The Storm enters the Grand Final, injury-free and with a huge advantage in experience over a youthful Panthers side. The Storm were clinical in a 30-20 win over the Canberra Raiders in Brisbane. The Melbourne Storm remains the benchmark of the competition; appearing in four of the last five NRL Grand Finals, winning their last title in 2017.

Experience hooker Cameron Smith remains the fulcrum of the Storm’s attack. The Storm captain is the most experienced player in the game, and an NRL title after game 430 would be the perfect swansong to a stellar career. Smith’s ability to control the game is unparalleled in the NRL. Melbourne will head into the decider injury free, with playmaker Cameron Munster and Brandon Smith recovering from minor injuries sustained in the preliminary final win over the Raiders.

Penrith will feel that history is on their side; the last two occasions Penrith won the main prize, the finished as minor premiers in 1991 and 2003 respectively. The Panthers have blazed a trail through the competition this season and will be chasing a club record 18 consecutive wins in the Grand Final. Playmaker Nathan Cleary has enjoyed a stellar season in 2020 and will be the mainstay of a Panthers attack set to welcome back Second-rower Viliame Kikau.

The Panthers welcomed the news that hooker Api Koroisau has escaped a serious shoulder injury in the preliminary final win over the Rabbitohs and James Fisher-Harris and Zane Tetevano have both escaped suspensions.

Penrith defeated Melbourne 21-14 in their last meeting in round six but Melbourne have had the wood on the Panthers. Melbourne have lost only three times to Penrith in 14 seasons and the Storm should be too strong for a young Panthers side who will run out of steam in the biggest match of the season. Expect the Storm to rise to the occasion for departing skipper Cameron Smith and record a comfortable win.