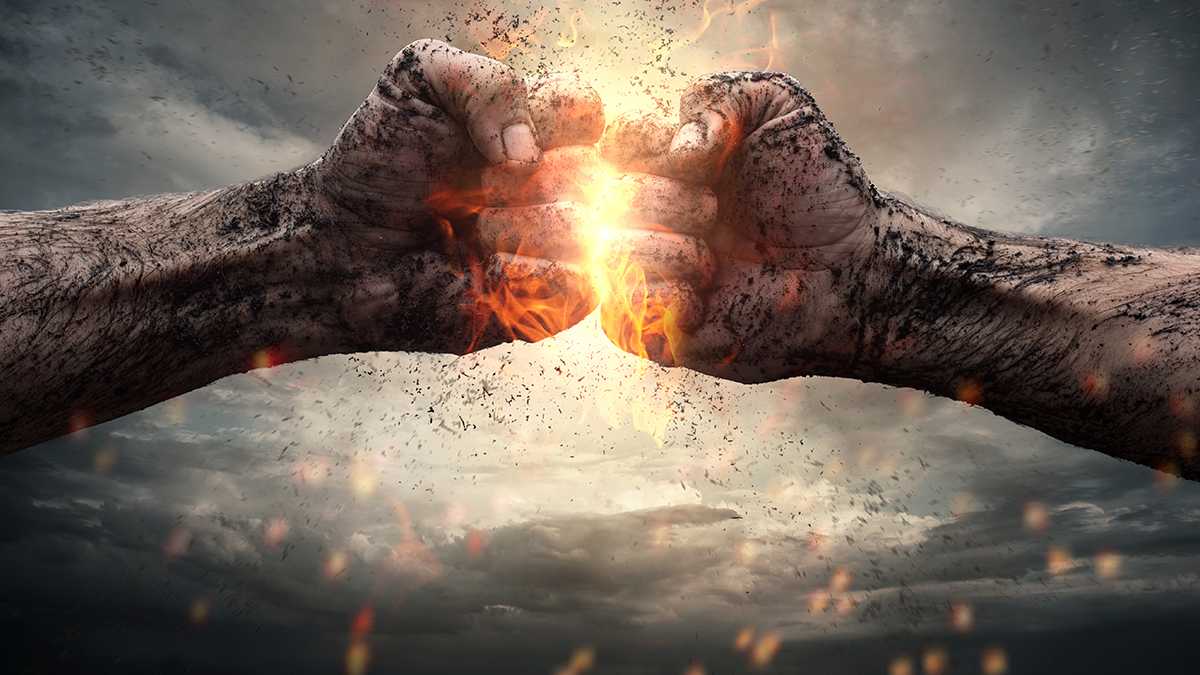 The 2021 PFL Regular Season, Playoffs and Championship to Air on ESPN2, ESPN Deportes and ESPN+

NEW YORK (October 20, 2020): Professional Fighters League (PFL), the first organization ever to present MMA through a Regular Season, Playoffs and Championship format, today announced that the 2021 PFL Season will begin April 23 on ESPN2. The remaining Regular Season events will take place on April 29, May 6, June 10, June 17, and June 25. PFL will begin its 2021 season a month early as the league makes its anticipated return to action. 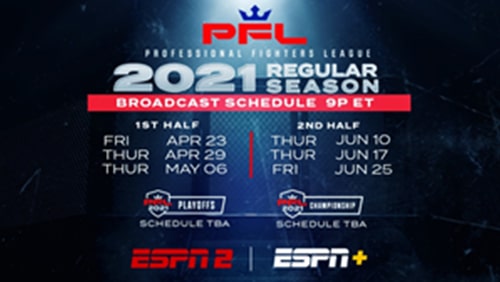 “We’re thrilled to announce an early start date for the 2021 PFL Season and we look forward to building on the positive momentum experienced in a historic first season on ESPN,” said PFL CEO, Peter Murray. “In 2021, the PFL will deliver an elevated, immersive, and interactive fan viewing experience incorporating expanded, real-time fighter data and analytics from our proprietary SmartCage technology, behind-the-scenes access, the return of ref cam, and more. Our champions return looking to earn another title, while a fresh crop of exciting new fighters will challenge for the top spot in MMA. Additional contenders will be unveiled in the leadup to what we believe will be the biggest season in PFL history.”

The first three events of the Regular Season will be each fighter’s first chance to accumulate points toward a possible Playoff berth. The second half will determine Playoff seeding, Championship title bragging rights, and a million-dollar prize. Dates for the Playoffs and PFL Championship will be announced at a later date.

Professional Fighters League has quickly established itself as the No. 2 MMA company in the world with distribution on ESPN in the U.S. and to more than 160 countries via premium sports networks and platforms. The league has experienced tremendous YoY growth across digital channels* – 68% follower increase on Instagram, 30% total audience growth across digital and a 200% social engagement spike. Domestic linear viewing audience was up 50% in 2019**, and the Championship on New Year’s Eve averaged 400,000 viewers**, with a peak of over 500,000***, a 96% YoY increase.

About Professional Fighters League
The Professional Fighters League (PFL) presents MMA for the first time in the sport-season format where individual fighters control their own destiny, competing in a Regular Season, Playoffs, and Championship for a million-dollar prize. PFL’s differentiated format and exciting fights sparked breakout growth for the league. PFL events are broadcast live in primetime on ESPN2 and ESPN+ in the United States and distributed to 160 additional countries around the world on premium sports networks.

About ESPN+
ESPN+ is the industry-leading sports streaming service from Disney’s Direct-to-Consumer and International (DTCI) segment and ESPN. Launched in April 2018, ESPN+ has grown to 8.5 million subscribers, offering fans in the U.S. thousands of live sports events, original programming not available on ESPN’s linear TV or digital networks, as well as premium editorial content.

Fans subscribe to ESPN+ for just $5.99 a month (or $49.99 per year) at ESPNplus.com, ESPN.com or on the ESPN App (mobile and connected devices). It is also available as part of The Disney Bundle offer that gives subscribers access to Disney+, ESPN+ and Hulu (ad-supported) — all for just $12.99/month.