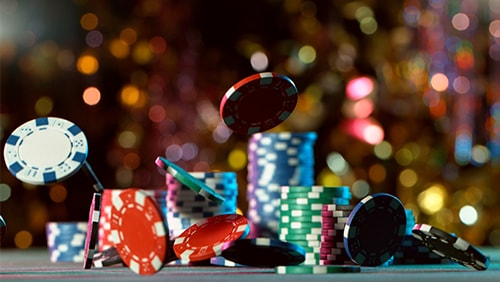 Poker has had a very strange year. Kicking off with the big tours almost tripping over each other to put a massive festival out there, the live poker tournament landscape was changed for months with the Coronavirus outbreak in March. Condemning many live poker tours to the bin and forcing players to play online poker form home in other converted tournaments, that impacted poker results.

But how has the COVID-19 pandemic affected the popularity of poker? By the clicks made on The Hendon Mob website, a reliable gauge of interest in professional poker player records, we took a look.

The results are perhaps surprising, but let’s talk about the top 10 by breaking down the groups of players.

There can be no doubt that the Global Poker Index has altered the perception of poker players, and both 10th-placed Charlie Carrell and 9th-placed Alex Foxen are very much part of the new breed of players who are young, multi-millionaires and offering the perspective of the poker professional as a human being at their peak.

Alex Foxen (30,400) is the current GPI number one holder and Charlie Carrell (28,212) has put out a swathe of social media videos in the past few months. Both men connect with players so well that they deserve the huge media attention they get, and that ultimately grows the game of poker.

While poker fans are always intrigued by the freshest players playing the most optimal styles – that felt wrong to type – the old school will always teach us all lessons. So it should be no surprise that 8th-placed Phil Hellmuth (31,251) and 8th-placed Erik Seidel (32,770) are still so popular.

Hellmuth’s legendary ‘Poker Brat’ era saw him explode at the poker table, often in televised tournaments. But his enduring appeal in 2020 is due to him being such an entertaining player to watch in whatever he plays, most recently the High Stakes Duel against Antonio Esfandiari, where he won both the $100,000 opening match and $200,000 grudge rematch.

The respect that poker fans have for Erik Seidel is legendary, but it’s clear that not only is the everyman who has been a huge success in every poker decade since the 1980’s a big draw to fans from the past, but he has a massive current following in 2020, too.

Both 6th-placed Stephen Chidwick (42,290) and 5th-placed Fedor Holz (48,596) have enjoyed great success over the past 12-18 months and that is reflected in their popularity.

While Stephen Chidwick has enjoyed a phenomenal rise to become Britain’s most successful live tournament player of all-time, and while Fedor Holz announced his official retirement some years ago now, he’s proven over the last year that as well as him not being able to resist playing poker at the highest level, fans can’t resist him either.

The top four most popular players all hail from North America, so while The Hendon Mob may have originated in the United Kingdom – in North London when Barny Boatman, Ross Boatman, Joe Beevers and Ram Vaswani became the poker-playing Mob and built the database – America has always been a spiritual home of poker.

Here are the Top 10 in all their glory. Will it be this way at the end of the year, or could a new hero emerge to take charge at the top of the list? At Calvin Ayre, we’ve always got our fingers on the poker pulse.