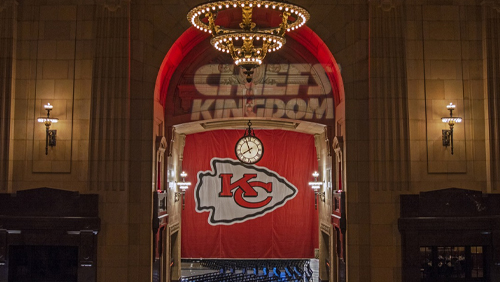 Could the NFL go to a postseason bubble format like Major League Baseball, the NBA and the NHL did for their playoffs?

All three other postseasons worked incredibly well in terms of negative COVID-19 tests, and while the NFL is adamant it will not go to a bubble at all during the regular season – the rosters are just too big, for one thing – there have been reports this week that it could play at neutral-site bubbles in Arlington (AT&T Stadium) and Los Angeles (SoFi Stadium) for the four divisional round games and two conference title games. That would obviously hurt the top seed in each conference by taking true home-field advantage away. Super Bowl 55 would stay as scheduled from Tampa, Florida. Stay tuned.

A handful of teams have won the Super Bowl with their backup quarterback, most recently the Philadelphia Eagles following the 2017 season with Nick Foles under center. Could the Dallas Cowboys actually win a title after losing NFL passing yardage leader Dak Prescott to a season-ending ankle injury in Week 5?

Andy Dalton is a very capable backup with a 70-61-2 regular-season mark as a starter with the Cincinnati Bengals. However, Dalton is 0-4 in his playoff career. Dallas has dropped down to +4000 to win the Super Bowl. The Cowboys may still win the weak NFC East without Dalton but that might be his ceiling.

The Kansas City Chiefs were stunned at home in Week 5 by the Las Vegas Raiders for their first loss of the season, but the Chiefs are still +400 favorites to repeat come the first Sunday in February. The Baltimore Ravens lead the NFL in point differential and their lone loss was in Kansas City earlier in the year. The Ravens are +500 second-favorites.

The two unbeaten teams among the Top 5 favorites are the NFC West-leading Seattle Seahawks (+650) and NFC North-leading Green Bay Packers (+800). Seattle will stay without a loss at least one more week as it is on the bye in Week 6, while Green Bay has a very tough test at the Tampa Bay Buccaneers (+1600) on Sunday in the marquee matchup of the week.

Defending NFC champion San Francisco is dealing with major injuries and struggling with a 2-3 record and is a +4500 longer shot to win the Super Bowl. The Chicago Bears are 4-1 but not getting much Super Bowl respect at +5000.

Meanwhile, the two unbeaten teams left in the AFC are the Pittsburgh Steelers (+1200) and Tennessee Titans (+1600). They will play a coronavirus-rescheduled game in Week 7. With both favored in Week 6, they could still be without a loss for that one.