Home / Sports / No sweeps in MLB postseason after yesterday’s action 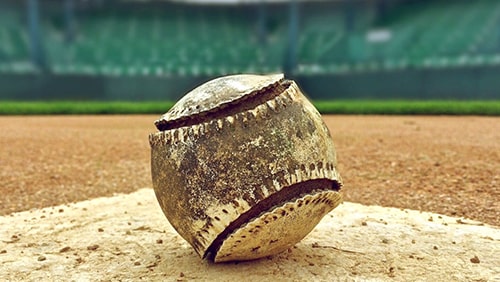 If 2020 has taught sports fans anything, it’s that no one should ever expect the expected. Across all major sports, there have been upset and surprise victories, as well as performances by teams and individuals that defied all possible odds. With the American League (AL) and National League (NL) Championship Series (CS) in full force, the hits keep on coming – especially for the LA Dodgers. Following some unbelievable performances yesterday, there’s now zero possibility of seeing a sweep this year.

The Tampa Bay Rays seemed to be on track to take down the Houston Astros with relative ease when they moved to 3-0 in the best-of-seven ALCS series. That changed last night when the Astros held on to win Game 4 and keep their World Series hopes alive. There’s no denying the fact that keeping veteran pitcher Zack Greinke on the mound was a big reason for the win, as he gave it everything he had to confuse the Rays. It worked, too. He recorded two key strikeouts, including one with bases loaded, to keep the Rays from finding home plate, holding Tampa to only two runs and striking out seven.

Jose Altuve bounced back from an embarrassing field performance in Game 4 to give the Astros offense a boost. He picked up a homer – number 18 during playoffs – and brought home a runner after hitting a double in the sixth inning. George Springer also helped, scoring a home run in the fifth inning to capture his 18th career playoff homer, just like Altuve.

In the NLCS, the Atlanta Braves and the LA Dodgers are going to have to wait a little longer to determine the champ after the Braves completely blew their chance at maintaining control of the series yesterday. The Braves already had two wins under their belt and could have added a third last night, but they decided to choke. That’s the only explanation for why the Dodgers, who were 0-2, could have scored 11 runs in the first inning – five from homers. The 11 runs in a single inning are an MLB postseason record, and marked a second-best performance by the Dodgers, as well. In 1954, they picked up a club-high 13 against the Cincinnati Reds.

The Braves and the Dodgers now move to Game 4, with LA looking to continue to tip the scales in their favor. They’ve been able to bounce back from being down 0-2 four times in the club’s history, so this series is definitely on track to go the distance. The last time they did it was against the New York Yankees in the 1981 World Series, which they won. Coincidentally, they also did it that same year in the NL Division Series against the Astros.

While baseball fans would have preferred to have been given this news much earlier, better late than never. MLB has decided to begin allowing fans back in the stands as the season starts to draw to a close. The NLCS series welcomed 11,500 fans to the first game at Globe Life Field in Arlington, Texas, this past Monday. It’s a step in the right direction, and all major sports are beginning to see some type of fan attendance as everyone tries not to let COVID-19 continue to maintain a stranglehold on the world.