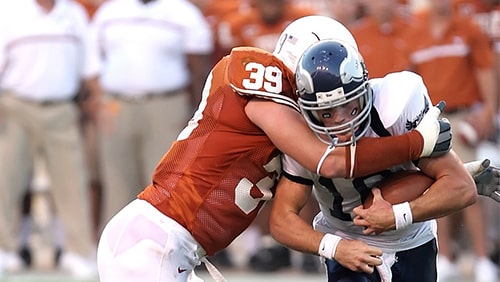 Week 7 of the 2020 college football season is the last without Big Ten action, so things will only get better from here.

The SEC is the only conference to ever get two teams into the College Football Playoff, which happened in the 2017 season when conference champion Georgia and at-large Alabama both got in. They would meet in a memorable national championship game when the world was introduced to Tua Tagovailoa as he threw a walk-off touchdown pass in overtime for the Tide.

It’s very possible the SEC could get two teams into this year’s playoff and also that it could be Georgia and Alabama again. No question the marquee matchup of Week 7 is the No. 3 Dawgs visiting the No. 2 Tide at 8 p.m. ET in a potential SEC Championship Game preview. Needless to say, it would be tougher for Saturday’s loser to reach the conference title game, much less the playoff. Although, both should be favored in the rest of their regular-season games. The Tide are 6-point favorites and on a 33-game home winning streak, winning those by an average, ironically, of around 33 points per game.

Actually, Georgia might not be the best team in the SEC’s East Division. It could be No. 10 Florida, although the Gators were upset Saturday at Texas A&M. UF has a big one this Saturday against now-unranked LSU at 3:30 p.m. ET. It’s the third straight road game for the Tigers; they were supposed to be home in Week 6  against Missouri, but Hurricane Delta forced that to be moved to Columbia. LSU was upset by Missouri and will not be repeating as SEC or national champion. The Gators are 13.5-point home favorites and 4-1 ATS in their past five at home.

It could be a bit of a letdown game for No. 1 Clemson after the Tigers beat then-No. 7 Miami 42-17 in the marquee game of Week 6. Trevor Lawrence & Co. are at Georgia Tech for a noon ET start. Last year, Clemson rolled past Tech 52-14 behind 205 yards rushing and three touchdowns from Travis Etienne. This time, Clemson is -27 and is 4-0-1 ATS in the past five in the series.

There’s an early important game from the American Athletic Conference when No. 8 Cincinnati visits Tulsa at noon ET. Both come off a bye week. Tulsa stunned No. 11 Central Florida on October 3, 34-26. The Knights had won 21 straight games at home. The Golden Hurricane were down 18 points in the first half. They also gave ranked Oklahoma State fits in the season opener. Cincinnati has won each of its three games by at least 14 points. The Bearcats are -4 and are 5-5 ATS in their past 10 as road favorites.