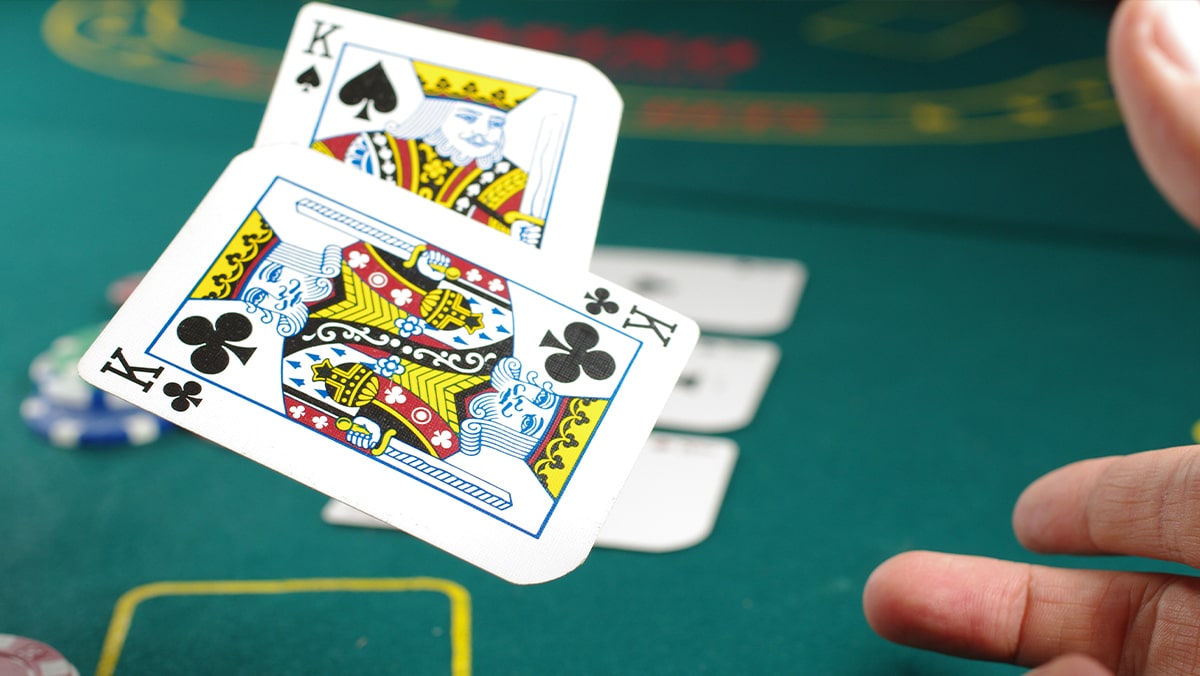 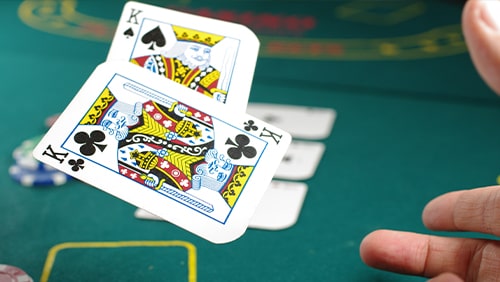 Bejoynd and Mindway AI are proud to present their collaboration, creating synergy by bringing their fields of expertise together in a new partnership.

Stability and responsible gambling is what Bejoynd and Mindway AI offer the iGaming industry in their new collaboration. Bejoynd provides a reliable and stable platform, while Mindway AI ensures player protection through the precise detection of at-risk and problem gamblers through GameScanner.

Appointment of industry heavyweight to be key for 2021 expansion plans

Selected for his data-driven skills and approach, the role will see Carrion build on the widespread international awareness enjoyed by GAMING1’s distinguished brand name, as well as taking the helm at one of the industry’s largest data science teams.

GAMING1’s CMO brings a wealth of experience to his new position, notably at the BlackStone-owned Spanish Casino Group Cirsa, and at The Stars Group, where Carrion led the company’s digital marketing transformation and growth before becoming Marketing Director of its renowned brand, PokerStars.

SKS365, owner of the Planetwin365 brand joins with well-known italian provider WMG to continue its fast growth in the online casino vertical. With twenty-year experience in the gaming sector, WMG was one of the first providers in Italy to have introduced the Casino retail offer in the online channel. Thanks to this agreement, the first 5 games of WMG’s online catalogue, including the famous Fowl Play Gold, are already available for Planetwin365 online customers.

As an Official Partner of the Las Vegas Raiders, Aristocrat will have prominent signage throughout Allegiant Stadium year-round, including in-stadium and in-game branding and naming rights to the Owners East Club. The partnership features entitlement of the Aristocrat Club at Allegiant Stadium, an ultra-exclusive experience with a full-service premium bar, luxury lounge and upgraded stadium seating for game-viewing.

Additionally, Aristocrat will serve as the presenting sponsor of the Raiders 50/50 Raffle. Through this exciting joint effort, Aristocrat and the Raiders will join forces in giving back to the community.

PandaScore, a fast growth start-up providing real-time data for the esports betting industry, has raised €5 million (~$6M) in its latest funding round. The cash injection will be used to expand the company’s team and product portfolio for bookmakers, enabling a bigger, better esports betting experiences.

French start-up PandaScore, which supplies esports bookmakers with AI-powered statistics and odds, today announced that it has raised €5M (~$6M) in funding. The round was led by V13 Invest (FDJ x Serena), with other investors in the round being existing investor Alven, sports-tech investor KB Partners and esports owner and investor aXiomatic Gaming.

Esports is estimated to have close to 500 million fans worldwide and the industry accounts for about $1bn in global revenues. However, it still has scope to grow when it comes to esports betting. PandaScore’s real-time AI-powered odds empower betting traders to better leverage this massive entertainment industry.

Following the success in New Jersey, NetEnt games will soon be live with DraftKings in Pennsylvania and made available in West Virginia

NetEnt has strengthened its agreement with US industry giant DraftKings Inc. (Nasdaq: DKNG) and will be going live with the operator’s growing online casino in Pennsylvania in the near future. In addition, NetEnt has signed an agreement to launch its games with DraftKings in West Virginia, with the ability to expand into new jurisdictions upon a successful launch.

DraftKings’ players in the states will soon be able to play popular titles such as Starburst, Gonzo’s Quest and Divine Fortune, as well as a variety of NetEnt’s table games.

NetEnt has grown its market-share in Pennsylvania after integrating with The Cordish Companies’ recently launched online casino PlayLive!.

The supplier’s collection of world-renowned online casino and table games are now available to the operator’s players in the Commonwealth, including market favourite titles Starburst, Gonzo’s Quest and Divine Fortune.

Deal or No Deal Megaways™: The Golden Box set for October 2020 release

Blueprint Gaming, the leading iGaming slots developer, has partnered with Banijay Brands to continue the Deal or No Deal license phenomenon with an exciting new slot featuring the iconic brand set to launch this October.

Deal or No Deal Megaways™: The Golden Box, which will be released on the 29th October, becomes the latest addition to Blueprint’s comprehensive catalogue of games that are inspired by the hit TV show.

This launch follows the successful debut of a number of high-impact titles, based on Banijay’s Deal or No Deal IP for the UK and beyond. The famous brand first appeared in the market over 15 years ago and remains popular with players worldwide.

Kate Chambers, who has driven the development of the Clarion Gaming portfolio of world-leading brands, has confirmed that she will be taking up a new more defined role as both the gambling industry and the events sector address the fall-out caused by Covid-19.
In an e-mail announcement sent to international gambling industry stakeholders, she explained: “After spending over a decade in my current post I am transitioning into a new role with Clarion Gaming.
“The role will have a sharp focus on land-based gambling and in particular I will be looking at how the team at Clarion can best serve our loyal and dedicated customers in a sector that has taken the brunt of the fall-out from Covid-19.

Sauers Brings Over 25 Years of Finance and Technology Experience

Rush Street Interactive, LP (“RSI” or the “Company”), one of the fastest-growing online casino and sports betting gaming companies in the United States, today announced the appointment of Kyle Sauers as Chief Financial Officer, expected to be effective by October 23, 2020. Mr. Sauers will join RSI from Echo Global Logistics (“Echo”), a leading provider of technology-enabled logistics and supply chain management services, where he served as Chief Financial Officer for more than seven years. He will be based in Chicago and report to Greg Carlin, RSI’s Chief Executive Officer.

Mr. Sauers brings more than 25 years of finance and technology experience to RSI and has demonstrated success leading and growing dynamic organizations. As a member of RSI’s executive team, Mr. Sauers will be responsible for all of the Company’s financial and treasury functions, as well as investor relations.

Next generation platform provider Pronet Gaming has added to its product portfolio after agreeing an integration with ATMOSFERA.

The deal is the latest in succession for the Pronet Gaming team as it continues to cement itself as one of the industry’s leading omni-channel providers.

Pronet Gaming’s operators will now have access to more content than ever before, with a range of slots, table games, and number games now added.

Dazzletag has become the latest operator to sign up with casino game and software developer Red Tiger.

Players at the sites will now have access to a host of titles that have attracted a string of industry awards in 2020, as well as Red Tiger’s exciting Daily Jackpots which have paid out over €34 million so far in 2020.

Booongo, the global online slots developer, has signed a deal with leading Swedish operator, Betsson Group, to supply its range of premium games.

The new partnership will provide Betsson’s player base with access to the provider’s growing slot portfolio, featuring popular hits such as Dragon Pearls, Great Panda, and Aztec Sun.

Betsson will also make use of Booongo’s range of proprietary in-game promotional tools, which are proven to drive player engagement and retention across various markets.

Booongo continues to grow its presence in various markets around the world, and this latest partnership with the tier one operator demonstrates the quality of its games and promotional tools offering.

This iSoftBet integration will provide Rootz – that powers the Wildz and Caxino casino brands – with access to more than 8,000 titles from 70 leading games studios alongside a suite of engagement solutions and gamification tools such as iNgame in order to engage and motivate players in a creative way.

Leading online gaming software developer EvenBet Gaming has been granted an extension to its existing supplier licence by the Malta Gaming Authority (MGA), which will allow the company to offer its gaming platform alongside the core poker offering.

The platform provider, which secured its MGA licence earlier this year, has now been approved by the Maltese regulator to offer Type 1 Gaming services. MGA-licensed operators will now have access to the company’s gaming platform, which complements its poker solution and is proven to boost player retention and increase life-time value.

EvenBet’s innovative mini-games feature is covered by this new licence extension, providing operators with the opportunity to offer players a variety of mini casino games without needing to leave the poker table.

In a move that will greatly strengthen the supplier’s Caribbean presence, the deal will see Chez Toto initially offer players three of the supplier’s popular titles: Dice Duel, Lucky 6 and Wheel of Fortune. These will be available in over 500 sites across Haiti.