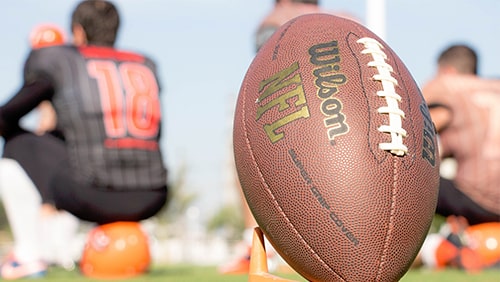 There was one NFL game postponed and one pushed back a day in Week 4 due to positive COVID-19 tests on the New England Patriots and Tennessee Titans, and there have been additional positives this week on both teams, meaning Sunday’s Broncos-Patriots and Bills-Titans games are in jeopardy. The NFL has reportedly discussed adding a Week 18 to the regular season to accommodate postponed games and eliminating the bye between the conference title games and Super Bowl 55.

Frankly, there are no Week 5 games that scream “marquee matchup” if Bills-Titans is off, as they are both unbeaten division leaders.

The Cincinnati Bengals visit the Baltimore Ravens at 1 p.m. ET in the first-ever matchup between Bengals QB Joe Burrow and Ravens counterpart Lamar Jackson – both former Heisman winners. That could be one of the AFC’s best individual rivalries going forward. Burrow has become the first rookie QB to throw for at least 300 yards in three straight games. Baltimore is -13 but 1-4 ATS in the past five in this series.

The Battle of Pennsylvania only happens once every four years (they do play in the preseason sometimes) with the Philadelphia Eagles visiting the Pittsburgh Steelers at 1 p.m. ET. Philly won the most recent meeting 34-3 early in the 2016 season when QB Carson Wentz was a rookie. Pittsburgh is on extra rest as a Week 4 bye was forced upon the team after it had practiced most of last week in preparations for the Titans. The Steelers are -7 and have covered eight of their past nine against the NFC.

The Los Angeles Rams have had a tough schedule in terms of two trips east already and they have a third on Sunday at 1 p.m. ET against Washington – Coach Ron Rivera has decided to replace struggling young QB Dwayne Haskins with backup Kyle Allen (who played under Rivera with the Panthers). Los Angeles is -7.5 and 9-3 ATS in its past 12 road games.

From the NFC East, the Dallas Cowboys blew out the New York Giants twice last season and America’s Team is a 10-point favorite for their 4:25 p.m. ET matchup from AT&T Stadium. The Cowboys have the NFL’s worst scoring defense and the Giants the worst scoring offense. New York is on a six-game SU and ATS losing streak in the series.

The Sunday night game looked like a marquee matchup when the schedule was released in early May, but the Minnesota Vikings have not lived up to expectation at 1-3 as they visit the Seattle Seahawks, who almost never lose home prime-time games under Russell Wilson. The unbeaten Seahawks are -7 and are 5-1 ATS in the past six against Minnesota.