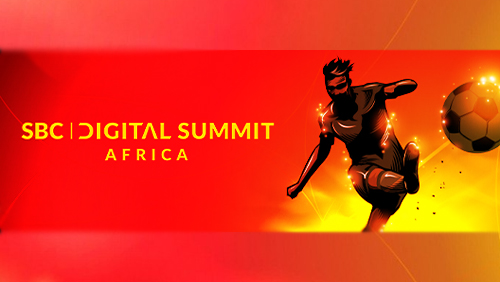 Africa is a big place, and a potentially bigger opportunity for the gambling industry. SBC Digital Summit Africa Day 1 offered a tour of the continent, looking at the different realities of Africa’s regions, and what it takes to succeed as a newcomer to the market.

In the first panel of the day, moderator Ilya Machavariani, CEO of 4H.Agency, hosted a panel that looked at what it takes to get started in East Africa. Although it may not offer the same opportunities West Africa currently has, particularly with Nigeria, Jeff Halloran, Managing Director of Sahara Games, noted it’s a much more stable place to invest.

Regulators on the east side of the continent “telegraph their intent,” he noted. When compared to states in western Africa, he noted that policy makers in east Africa are “a little bit more approachable.”

As he noted, it’s impossible to talk about the two regions without describing the contrast. In west Africa, regulators know the bounty they’re sitting on, and will regularly jack up tax rates to fill their own coffers. That’s creating a situation where the regulated market is being strangled and the black market is beginning to thrive. “They just drive everybody underground,” he noted.

All the same, if you can get into a market that doesn’t have much competition, Halloran suggested that “nature abhors a vacuum,” and it may be a good time to profit.

So how do you do that? Rostislav Kishenkov, Head of Africa Region for Melbet noted that you need to have the right platform. Bettors are experienced and they’ll wait for a great product before they use it. “Your platform must be very huge, must be very simple,” he said.

That follows advice from Sab Jhooti, CEO of Bonmoja, who noted that localization is key. African bettors know what they like, and using the same offering and markets that work in Europe won’t cut it on the continent.

Besides that, as with any developing territory, it’s imperative to find a local partner to help get you set up, Halloran noted. They’ll help you navigate all of the roadblocks, fees, and expected extras a government may demand.

Kishenkov added that more important than that though, at least for building up relationships and a loyal player base, is sticking it out for the long run. “If you come to Africa, you must get trust from the people, but it’s very difficult,” he said. “If you want to be in the market, you have to spend a lot of time.”

Immediately following that panel was a discussion of ‘The Challenges of West Africa’, moderated by Bimpe Akingba, Executive Secretary of the Association of Nigerian Bookmakers. The panel looked quite a bit at the challenges Halloran raised in the first panel when it comes to Nigeria and other west African nations.

When asked how these problems could be eased for operators, Adekunle Adeniji, Managing Director of Betbonanza, suggested that all the different regulators need to start working together, and develop clear guidelines so operators know what to expect.

As to Jhooti’s earlier point, Michal Glowacki, Director of SB Betting, said that you pretty much have to focus on what African bettors have right in front of them. “You have to find something they can watch on TV.”

When asked how the pandemic has affected sports betting in the region, Ibukun Okeowo, CEO of Gibet, said that almost as expected, esports saw a tremendous increase in volume. While that has dropped off with the return of traditional sports like soccer, esports continues to see action at higher levels than before the pandemic started.

The SBC Digital Summit Africa is being held online between October 6 and 7, and is ongoing right now. Stay tuned to CalvinAyre.com for the biggest stories from the event, and don’t forget to subscribe to the CalvinAyre.com YouTube channel so you don’t miss any interviews from the conference.