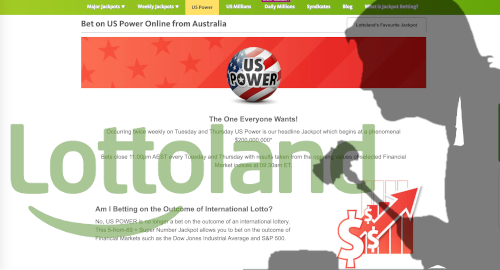 Online lottery betting operator Lottoland isn’t being paranoid: its Australian regulator really is out to get the company.

Last Thursday, Lottoland Australia won an injunction from the Northern Territory Supreme Court temporarily preventing the state government and its Minister for Racing from pressing forward with changes to gambling regulations that Lottoland claims will destroy its Australian business model.

Lottoland sought the injunction after the Northern Territory Racing Commission (NTRC) sought undisclosed changes to the NT’s Racing and Betting Act 1983. A Lottoland attorney said the changes, which the NTRC informed Lottoland of last December, would apply to all NTRC-licensed bookmakers but “would only negatively affect Lottoland.”

On Monday, the Australian Broadcasting Corporation reported that Racing Minister Natasha Fyles sent the NTRC a letter last November after receiving complaints from consumers regarding Lottoland’s ‘jackpot betting’ product, which apparently confused some consumers into believing they were participating in a lottery draw.

Lottoland Australia previously offered the same service the company offers in other markets: the ability to place a bet on the outcome of an international lottery draw like Powerball or EuroMillions without actually purchasing a ticket. Australia banned so-called ‘synthetic’ lotteries in 2019, after which Lottoland adopted its ‘jackpot betting’ model.

Jackpot betting involves players selecting random numbers they hope will match a combination of numbers selected from a number of international stock market indices at a specified time. But Lottoland’s use of jackpot names such as US Power led some Aussies to believe they were participating in the US Powerball lottery draw, leading to legal complaints in which Lottoland ultimately prevailed.

ABC reported that Minister Fyles sought changes to the NTRC’s licensing conditions to explicitly prohibit taking wagers on an event that creates the impression in a consumer’s mind that they are participating in a lottery.

Last December, the NTRC responded with two proposed changes, which bookmakers were informed of two days before Christmas: bookmakers could no longer (a) market any wager that would lead someone to think was a lottery, and (b) allow punters to place bets on a proxy event rather than directly on a sports event.

Lottoland’s injunction will prevent the NTRC from implementing these changes until the NT Supreme Court issues its verdict on the overall case. The Court is scheduled to hold a hearing on the matter in November.

While the state’s betting rules allow the NTRC to alter the terms of  license or “impose additional conditions” on licensees, Lottoland’s actions over the past few years strongly suggests the company isn’t likely to go quietly should the Court ultimately rule against it.

In August 2019, Lottoland won a separate court case against Australia’s telecom watchdog, which tried to prove that jackpot betting was a prohibited game of chance under Australia’s Interactive Gambling Act (IGA). The New South Wales Supreme Court concluded that jackpot betting met the IGA’s criteria for ‘excluded wagering services’ and therefore Lottoland was in the clear.