Home / Poker / Poker returns to the Wynn, but will masks and dividers keep players away? 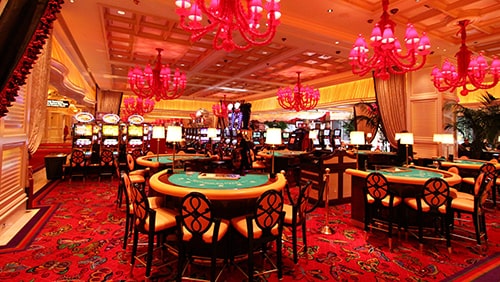 After a staggered process of re-opening, the last poker room to remain closed on the Las Vegas Strip will re-open tomorrow, as The Wynn Poker Room throws open its doors.

Could there be issues with players choosing not return due to the enforced wearing of masks in the card room, or the plexiglass separators between seats at the eight-handed tables?

We’re about to find out.

It’s official @wynnpoker is back Sept. 30th at 12:00pm! Will you be joining us? pic.twitter.com/ClH4MF4mHa

It was last week that Wynn Las Vegas announced that it would be opening its doors after a long hiatus, one that had been extended past the Wynn’s general re-opening back in early June. With The Wynn Poker Room at the Encore, its reopening now is apparently due to health and safety measures having been tightened up.

There’s only one problem with that – the tightness of the regulations around wearing a face-mask and playing poker behind plexiglass screens may be scaring players away.

With The Venetian and ARIA both opening way back in June and July respectively, The Wynn will have some catching up to do no matter how popular it is on Day 1, of course. Only operating 24 tables of eight players per table gives the world-famous cardroom a capacity of 192 players. That’s a big reduction in numbers, and isn’t a stance taken across the board, with both the Bellagio and ARIA only hosting six-handed poker, with The Venetian and Caesars Palace going with eight-max.

Players need to come back to poker for the card rooms hosting the game to survive, but if players don’t return to play, then the casinos poker rooms will either go out of business or become loss-leaders for table games to make up. Are there enough players at games such as roulette and blackjack to make up that shortfall?

What poker might need for the next six months is for players who want to return to the felt to make sure that they do so being the most careful they’ve ever been, wearing face masks, washing hands and playing behind screens. It’s got to be better than no poker at all, and it might just keep the poker economy going until playing their normal game at a poker room or casino is around the corner.

With The Wynn’s reopening, Las Vegas’s famous Strip has all of its poker rooms open for business, but it’s not business as usual. Live poker’s future is both temporary and far from assured. How the Wynn survives from now until Christmas may well be the strongest indication of what poker has to offer on the live entertainment platter in the middle of this Coronavirus pandemic.