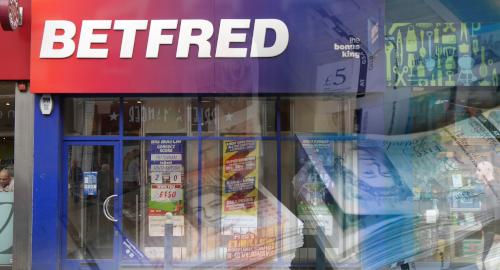 UK bookmaker Betfred bounced back into profit in its most recent fiscal year after two straight years of negative results.

Betfred filed its annual report with Companies House last week, detailing the company’s financial performance in the 12 months through September 29, 2019. Unlike its publicly traded brethren, the privately held Betfred doesn’t issue quarterly reports, making its annual statements the only (limited) snapshot of how the bookmaker is faring.

Total gambling turnover hit £10.1b, down significantly from 2018’s £13.2b. Betfred doesn’t break out its online vs. land-based turnover but said the decline was largely thanks to the maximum stake on betting shops’ fixed-odds betting terminals falling from £100 to £2 as of April 2019. However, Betfred said the impact of this change on the bottom line was “not as bad as expected.”

Yet operating profit came in at nearly £74.8m, a dramatic turnaround from the £45.5m loss in the previous year. The shift came from exceptional credits of nearly £58m versus a nearly £120m exceptional cost the previous year due to the anticipated negative impact of the FOBT changes on Betfred’s retail operations.

Betfred also booked £97.7m in investment income, which the previous year contributed all of £900k. Most of the boost came from Betfred’s sale of its UK Tote operations after Betfred founder Fred Done said his group’s relationship with racing was “broken.” (The 2019 report said Betfred’s annual contribution to racing was “£nil.”) The net result was an after-tax profit of £156.7m versus a £44.5m loss the previous year.

Betfred operated 1,578 retail shops as of September 29, 72 fewer than at the time of last year’s report. The company said it would continue to review the performance of its retail business, a duty that undoubtedly took on new urgency following this spring’s extended shutdown of non-essential retail operations due to COVID-19.

The current year has been a mixed bag, with Betfred making its US market debut in January then having its bid to acquire South African racing operator Phumelela rejected by the struggling company’s creditors.