Anyone who thinks Karma doesn’t exist can ask Glenn Schaeffer what he thinks. The former director of the Mandalay Bay Resort Group is now on the hook for more than $2 million after New Zealand’s Supreme Court determined that he had, by design or omission, duped a couple of fellow casino executives out of their investment money when he launched a winery in the country. That winery, Mahana Estates, was forced into receivership a few years ago and Schaeffer is now on the hook for what one investor described as a “shell.” 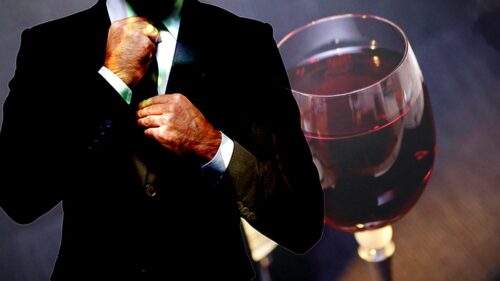 More than 12 years ago, Schaeffer convinced two friends, former MGM Resorts CEO Jim Murren and former Pinnacle Entertainment CEO and chairman Daniel Lee, to invest in his up-and-coming winery and vineyard in New Zealand. Given the fact that he was supposed to be a savvy businessman (how else would someone become the director of a company like Mandalay Bay?), Murren and Lee broke out the checkbooks and gave him $1.6 million and $700,406, respectively, for what they believed to be investments to become partners and shareholders in the business.

Things appeared to get off on the right foot for Mahala Estates and it enjoyed a lot of success. However, it all fell apart in 2018 and the business went into receivership. Murren and Lee then realized that the shares they thought they had purchased were not worth anything, and that Schaeffer, according to them, had been using their money as his own personal piggy bank. It now becomes a little clear why the operations failed.

Murren and Lee felt tricked and, more than likely, as if they had been stabbed in the back; Schaeffer asserted he did nothing wrong. The pair of investors took their case to court in New Zealand and won after a judge determined he had made negligent statements about the operations and the investments. Murren said at the time, “I would not have invested if I had known the partnership was effectively a shell or a ruse, and that Glenn would instead keep the money and would also keep his own assets and investments in [Mahana] Estates in his own name.”

Schaeffer, also the former president and CEO of the failed Fontainebleau experiment in Las Vegas, was ordered to give the two their money back but he didn’t want to, so he appealed the court’s decision. He argued that, because the “negligent statements” had occurred in Nevada where the three were running their respective casino shows, the New Zealand court had no jurisdiction.

The appeals court that heard his pleas for a change of heart didn’t agree and upheld the previous ruling this past June. Still not content, Schaeffer took the issue to the Supreme Court, which declined to overturn the ruling earlier this week. As a result, Schaeffer is on the hook for $2.7 million and, on top of that, will have to give the two investors another $2,500 to cover additional costs associated with the case.