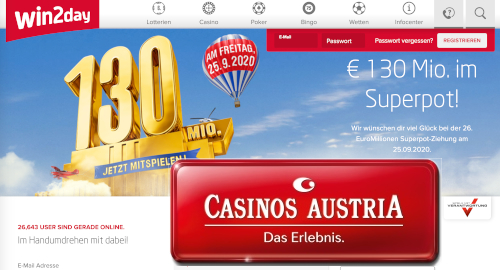 asinos Austria plans to lay off up to 600 staff as the scandal-plagued firm deals with the fallout of the COVID-19 pandemic on its operations.

This week, Casinos Austria AG (CASAG) informed Public Employment Service Austria (AMS) that it could turf as many as 600 staff – roughly one-third of its payroll – due to the financial blow suffered from the pandemic-related closure of its 12 casinos and sports betting shortfalls as major leagues halted play this spring.

Under AMS rules, layoffs can proceed 30 days after notification. It’s unclear how many jobs will actually face the axe, as the company is negotiating with its unions over potential buy-outs and shifts to part-time employment. CASAG originally announced plans for up to 500 layoffs this summer as part of its ‘ReFIT’ restructuring plan but said this week that it hopes the number will be “significantly fewer than 600.”

CASAG booked a €112m profit in 2019 but the company said it expects to book a net loss of around €65m this year and the layoffs are intended to help trim €40m from the expenses column by 2022.

CASAG is one-third owned by the Austrian government, while 55.5% is controlled by Czech operator Sazka Group following its buyout of rival Novomatic Group. Novomatic dumped its stake in CASAG after being named in the so-called Casino Affair, in which the operator allegedly conspired with Austrian politicians to secure lucrative gambling concessions.

Among the concessions Novomatic was reportedly seeking was an end to the online gambling monopoly held by Win2Day, which is jointly owned by CASAG and Vienna-based Österreichische Lotterien. That anti-monopoly view is shared by the Austrian Association for Betting and Gambling (OVWG), which represents internationally licensed online operators serving Austria’s market without local permission (but paying local taxes).

The OVWG issued a statement this week calling on Austria’s government to end Win2Day’s “long outdated” online monopoly and introduce “a contemporary online gambling licensing system.” OVWG president Claus Retschitzegger said a competitive online market would raise an additional €30m-€50m per year that could help Austrian sports bodies recover from the pandemic impact on their operations, money that otherwise will have to come from the state treasury.

The government may well choose to ignore these pleas, given Win2Day’s contributions to CASAG’s bottom line. Win2Day, which offers everything from sports betting to poker to keno, generated revenue of €97m last year, 22.5% higher than in 2018, thanks in part to the introduction of new instant-win online lottery products.