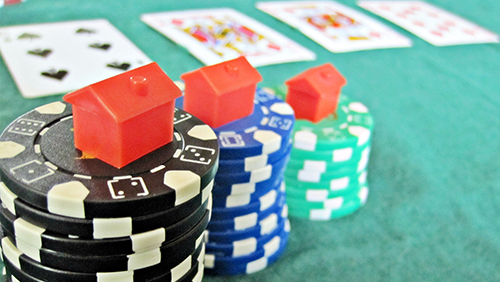 Mikita Badziakowski went into the WPT High Roller Championship final table as a favourite to win and chip leader overnight. Over six hours later, he’d done the business and booked another win, albeit with no shortage of bumps along the way.

It took three days to play down to a winner, but the racing favourite managed to hold his nerve to the line as Badziakowski got the job done to continue growing his burgeoning reputation as one of poker’s true modern masters.

The final table kicked off in predictable style, as the man with the least chips coming into play, Bosnian superstar Ali Imsirovic, bowed out. He was followed by a player expected to run a lot deeper, however, with Russian player Aleksei Barkov all-in with king-five in his final hand, called and busted by Alexandros Kolonias from Greece. Barkov, who had won his way into the event from a $265 satellite, cashed for an incredible $197,667 – a return on his investment of $74,591 times his initial buy-in.

Next to go was Daniel Rezaei from Austria in 5th place and he was swiftly followed to the virtual rail by Mark Demirjian from Lebanon, who won $380,652 for finishing in 4th place.

It would be Kolonias who missed out on the heads-up battle. The Greek player three-bet shoved with pocket threes only to be called and summarily dispatched by Madziakowski, whose pocket aces were the proverbial hammer to kill a butterfly.

It was at that point, with Badziakowski holding a better than 8-to-1 chip advantage over Jason Koon that the partypoker Team Pro negotiated his way to a deal, which says a lot for the respect his opponent holds him and possibly his friendly powers of persuasion, although the deal only smoothed things over slightly, awarding Koon an extra $31,000 to make the runner-up prize $810,869.

It was an abrupt end to playing out the heads-up, and perhaps a little disappointing for fans who would have loved to see Koon and Badziakowski play it out for a pay-jump of a quarter of a million dollars. It wasn’t the fans money to play with, however, and that’s to be respected too. Neither Koon or Badziakowski wanted to risk that and for the former, it must have felt like free money to a degree, especially at that deficit.

With the $3 million guaranteed, $102,200-entry Super High Roller also under way, the tail-end of the WPT World Online Championships look set to award some huge prizes as well as bragging rights in the nosebleed WhatsApp groups.

As a short aside, a celebration of Mike Sexton’s life took place on the World Poker Tour YouTube channel last night. You can watch the touching, emotional tribute to the poker legend who passed away aged 72 just a fortnight ago right here:

Here’s how the $25,500-entry WPT High Roller Championship ended up.